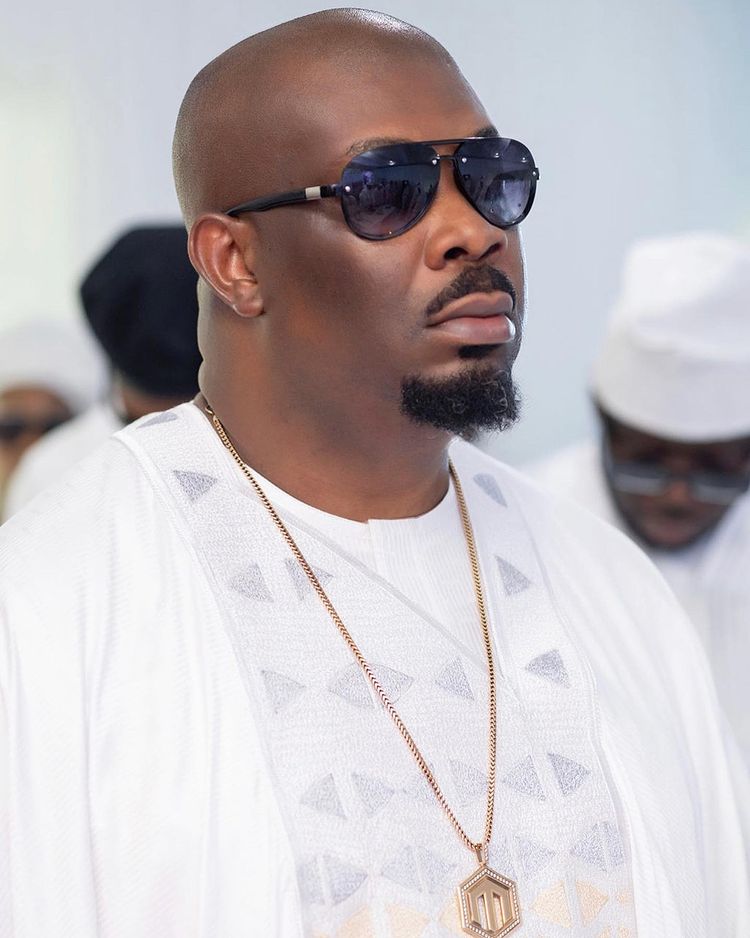 Michael Collins Ajereh, popularly known as Don Jazzy, Chief Executive Officer (CEO) and founder of Mavins Record label has again caused a stir. This time around, via a statement in an interview.

Don Jazzy was on Sunday, hosted on a popular online tv series, “Is This Sit Taken? (ITST)” anchored by Chinasa Anukam.

As fans enjoyed the conversation the duo had while interjecting each other’s roles as either guest or host, one thing caught the attention of many.

“You will just realize you’re dating yourself.”

This statement by the Nigerian record producer caught the attention of many who couldn’t help but react humorously to his comments among others.

“Don Jazzy made Chinasa giggle all through.😂 But boy I knew he’s got  an amazing sense of humour, who would’ve thought man was a freak INNA THE OTHER ROOM!? Ashewo wo🙃☺️

Let’s Find Out The Genesis Of This Statement.

In the course of the show, Don Jazzy who had already responded to series of questions, both personally and career wise was asked by the host, Chinasa Anukam what his spec in a lady was.

He didn’t hesitate to point out most, if not all of the features he admires in a lady.

First off, the Mavin Records Boss stated that a lady he admires must be a ‘Freak.’ Surprised! (Eyes widely Open, mouth Agape) Did I hear ‘s*x freak?’ Naah! But what immediately comes to mind? That might be it.

He further stated that his spec must have a soft body and heart. Oh Wow! Soft kid! Lol.. winks..

In a bid to explain what he meant by Soft body and heart, Jazzy made it clear that he doesn’t like stress and wouldn’t want a lady who would most likely stress him.

“You have to be soft, both body and heart because if you shout for me, you’re dating yourself. I don’t like stress.

While Chinasa interjected with a question, “if she just mistakenly raises her voice above ten decibels it’s over?,” Jazzy concurrently continued to express his view thereby making it clearer.

Over the years, Don Jazzy has been queried countless times as well as trolled by some netizens for not being married even after fourty.

He has also been in the news severally for declaring his love for renowned American female singer, Rihanna several years ago.

Though he has never let such trolls or queries steal the show, Don Jazzy has immensely contributed to the growth of the Nigerian entertainment industry. 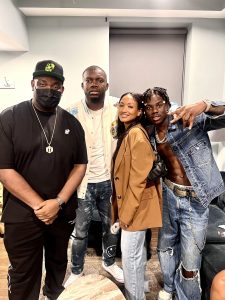 In a publication by a Nigerian news and Entertainment media, Gistreportar, Don Jazzy was on May 2nd, 2022 described as “the bride groom of the future of Nigerian music” after his label welcomed it’s latest signee, Boy Spyce.

Well, Who Is Don Jazzy?

Originally Michael Collins Ajereh, he is a Nigerian record producer, founder and the CEO of Mavin Records. He was the co-owner of the now-defunct Mo’ Hits Records record label with D’banj.

His first visit to London was in 2000, when his uncle invited him to play the drums for a local church in London where he also gained employment at McDonald’s as a security guard.

Notably, the renowned record producer found an interest in music early in life and at age 12, began to play the bass guitar and piano while also gaining knowledge of traditional and percussion instruments.

He continued his interest in music, associating with Solek, JJC Skillz, Kas, Jesse Jagz, The 419 Squad and D’Banj.

He has worked with other renowned global artistes including Kanye West as a producer at Very Good Beatz.

The Mavin Records Boss also worked with Jay-Z and Kanye West on the production of Lift Off, featuring Beyoncé on the album Watch The Throne which was released on 8 August 2011.

His record label, Mavin Records was founded on 7 May 2012.