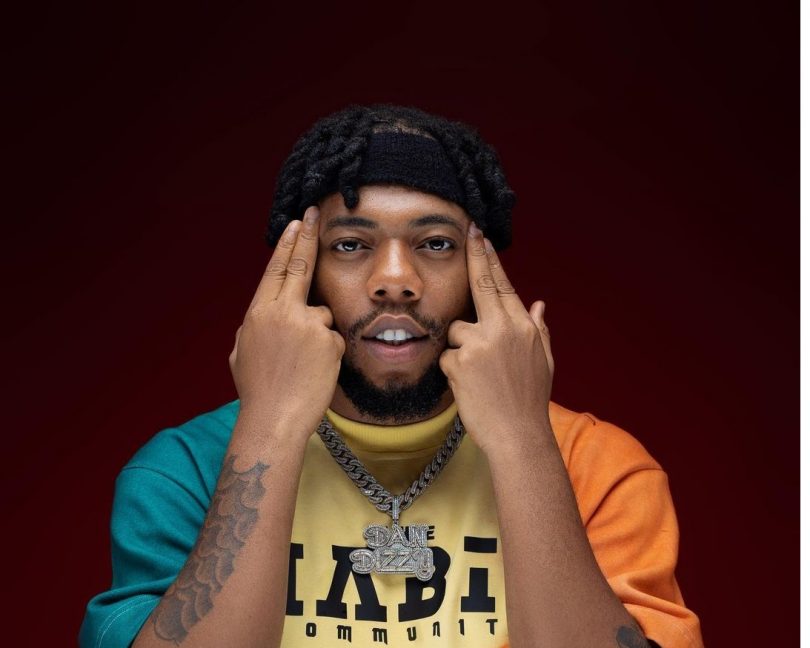 Daniel Tuotamuno Darius famously known as Dan Dizzy is a  talented Nigerian rapper, singer and songwriter born on 6th of October and hails from Opobo in Rivers state.

Dan Dizzy attended Sure Way High School for his secondary school education before proceeding to University of Port Harcourt for a degree in Computer Engineering and ICT.

However due to issue beyond his control, Dan Dizzy dropped out of school to focus more on his musical career.

Dan Dizzy began his music career back in 2009 and he is quite known for his remarkable freestyle skills. His consistency and hard work has earned him a spot on the list top Nigerian rappers.

Dan Dizzy went global after he performed at the activated studios. The freestyle was shared by top blogs and media houses around the world.

Famous rapper Dan Dizzy complained bitterly about poverty since he blew up. He even wished to live a normal life because the way people ask him of money is getting to much. He made this known on a facebook post where he pleaded that as a famous person on the internet does not mean he has millions of money in his bank account. Checkout his post below: 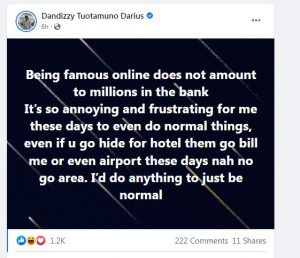