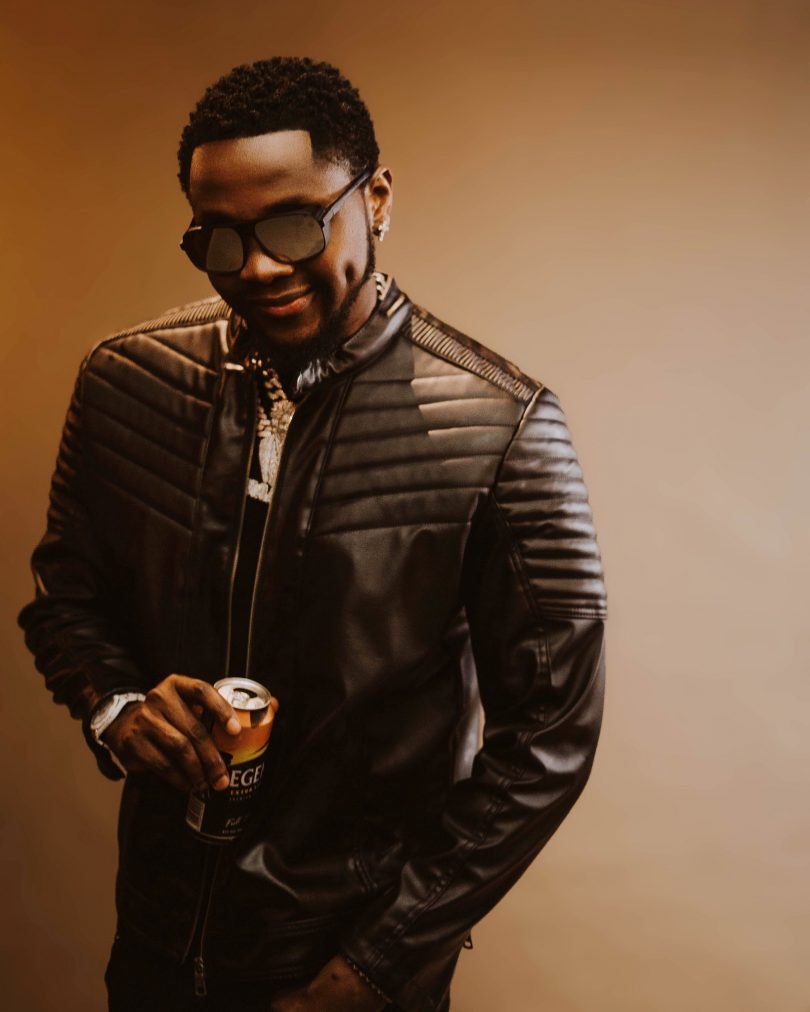 Kizz Daniel expressed his joy and thankfulness to fans via a tweet, Monday, 17 October 2022 when his latest track climbed the ladder to become the number one song on Apple Music Top 100 Chart Nigeria.

Upon his latest achievement, the talented Nigerian singer retains his position as one of the few African artists to clinch the number one spot on Nigeria’s most streaming platform within a space of three days.

No matter the matter , I don’t take wins like this for granted 🙏🏾 THANK YOU NAIJA #COUGH😷
__https://t.co/AGybldaA9l pic.twitter.com/bKc3nmmGgs

Kizz Daniel released the new track on Friday, 14th October, 2022 collaborating with music label EMPIRE for a new high energy groove produced by Blaise Beatz, and it is Kizz Daniel’s second official release of the year.

Blaise Beatz is also the producer of “Grind,” the latest release from one of Nigeria’s finest fast rising singer, songwriter, recording and performing artiste, Berry Blaze.

While many applaud the singer for his highly competitive musical prowess, Nigerians particularly, cannot help but wonder how the singer comes up with his songs making every release a hit.

‘Cough (Odo)’ has equally received wide acceptance from all areas as several Nigerian celebrities and beyond including Broda Shaggi and Investor Sabinus hopped on the sound to make some comic videos with the subtle dance steps that accompanied it’s release by Kizz Daniel.

Earlier this year, Kizz made an intercontinental hit song titled, ‘Buga’ ft Tekno which equally became the number one song on Apple Music in several African countries including Botswana, Zimbabwe, Kenya amongst others.

The global sound soon became an anthem in every ‘Nigerian’ home as kids and even ‘Christian parents’ alike could not help but vibe to the sound as well as ask for it at every party.

Could “Buga” have been a weapon of the Antichrist to our generation?😂

Well, ‘Buga’ is currently the most streamed song on Audiomack and Boomplay which are two of Nigeria’s biggest music streaming platforms.

The hit single had also topped the list of the most searched songs on Google in the first half of 2022, was the most shazamed song in the world twice while Kizz Daniel also took his sold-out Afroclassic US tour to 10 major American cities in July 2022.

Meanwhile, I hope your bubbles get bursted as the singer, Kizz Daniel known on Twitter as ‘Vado d’Great’ also announced on his Twitter handle on Sunday that he would be holding an event at the London 02 Arena soon.

He enjoined fans to get ready as tickets would be made available soon.

Afrobeats heavyweights such as Davido, Burna Boy and Wizkid are some of the very few African artistes to have ever sold out the 02 Arena and ‘faster’ is a watch word.

Do you think VADO stands a chance? Join the conversation!