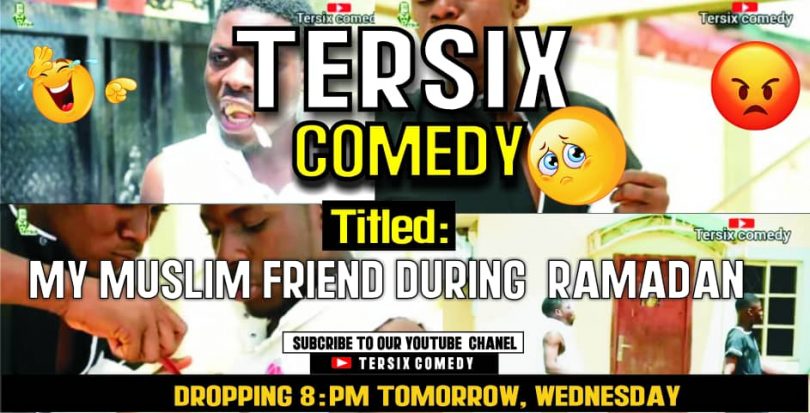 Tersix Comedy regrets to announce to you all that their comedy video which was supposed to be earlier released has been postponed till further notice, in full consideration of the ongoing killings in the country and with much more consideration on BENUE State. IDP camps where people who were affected in previous attacks went to find refuge, was attacked by suspected herdsmen and it will be inhuman for Tersix Comedy to create a scene of humor at this time of pain and grievance. They are equally mourning with the affected families and communities and they pray that may God in his infinite Mercies console all of them and return peace to the land. Thank you all for your understanding 🙏.
#StopBenuekillings #peace #unity #tersix