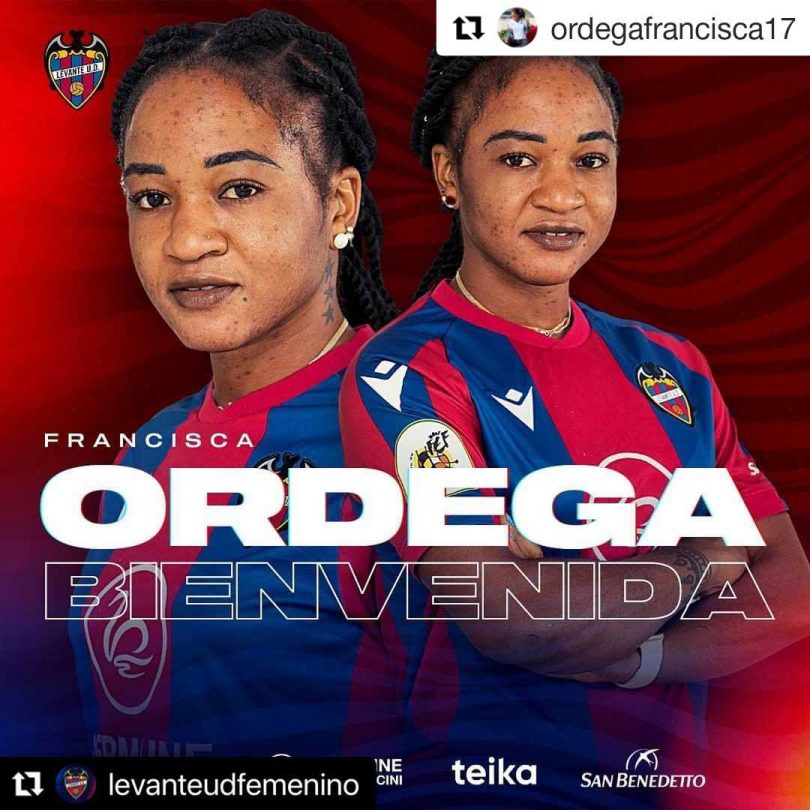 Francisca Ordega from Benue State was recently in the news for the good reasons for donating to the less privileged in Gboko, Benue state.

Francisca Ordega is the 3rd Best African Female Player as awarded by FIFA in the 2020 season. Spanish Primera Iberdrola side Levante have completed the signing of Francisca Ordega on a two-year agreed deal. Having teamed up with the Valencia-based side, the 27-year-old is now also back in the Spanish top-flight and will stay with Granotes at Ciudad Deportiva Bunol, until the end of 2023 summer. Following her confirmed announcement, she becomes the second Nigerian on the books of the club after Spanish-Nigerian born Andrea Okene, who made her senior debut against Tenerife.

On the global stage, she has helped Nigeria to four African Women’s Cup of Nations titles, featured at three Fifa Women’s World Cups and also nominated for the African Women’s Player of the Year twice.