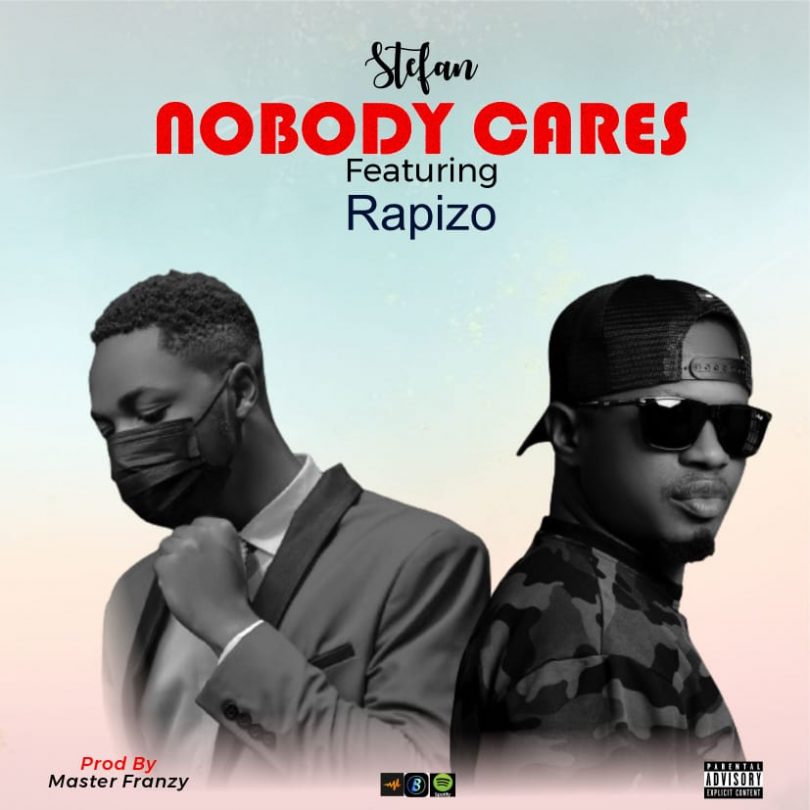 Talented artist Stefan teamed up with Middle belt legend Rapizo who is a big shot in the entertainment industry and someone that never disappoints with his verse to release this hit song titled “Nobody Cares“.

In life you must learn how to work hard for yourself to get the kind of attention & support you deserve, praying and waiting without hard work is waste of time, the love and care you crave for you must start showing that love as well and also care to yourself first, there is a saying that says charity begins at home, you are your home and your hard work is the first thing that will benefit you which as well stands as the care you crave for.

Ukor Bem Stephen popularly known as Stefan was born on January 3rd. He is from Guma Local government area of Benue State Nigeria, a student of Joseph Sarwuan Tarka University Benue State Makurdi. He is Studying Food Science and Technology and he is currently in 400 level. He released songs like: Bad Man,You & I as well as Life.

Stefan is a gentle, peaceful and social free minded person. Looking at life and it’s expectations Stefan understand that Nobody Cares, not like people don’t really care but he decided to use the idea of Nobody Cares because of how life can be sometimes, some promise and fail. Nobody Cares is actually a motivational song which is aimed at motivating people to stand up for themselves, in his exact words he said, expect more from yourself than expecting more from people, knocking on a door you want to open depends on how well you knock, hard work, faith, physical strength and courage, perseverance and resilience as well as your spiritual aspect of life. All this put together simply called Care, if you genuinely care about yourself and the people around you God will direct support from all angles towards you.

This Master craft inspirational song has one of the best middle belt North Central Nigerian award winning icon RAPIZO who happens to be Stefan’s cousin.

Read Also: Rapizo – A legend in his prime