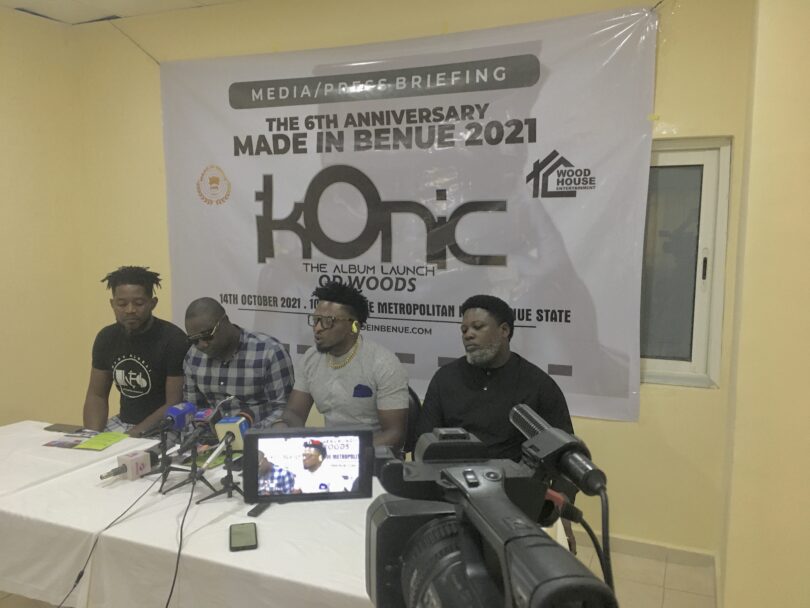 Made in Benue 2021 Media/Press Briefing and Ikonic the album by Od Woods in Makurdi, the Benue state capital.

Benue state, the food basket of the nation is located around middle belt. The state derives its name from the Benue River which is the second largest river in Nigeria. The state borders Nasarawa State to the North; Taraba State to the East; Kogi State to the West; Enugu State to the South-West; Ebonyi and Cross-Rivers States to the South and it has an international border with Cameroon to the South-East. Benue is a blessed region. 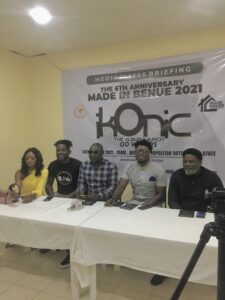 Benue is not just blessed with food but talents. In this regard, Od Woods and his team took it up to showcase Benue to the world in a positive light and Made in Benue (All White party) was established to promote unity and togetherness thereby showcasing the talents in Benue state to the world. The event is slated to hold on the 26th of December, 2021 at New Castle in Makurdi, the Benue state capital. The 6th edition is set to show case the best talents from Benue state and beyond.

The management of Woodhouse entertainment, organizers of the Made in Benue project will like to heartily invite you to its 6th Mib anniversary edition and the album launch of Andrew Ikon popularly known as Od Woods. The highlight of this year’s edition marks the launching of Od Woods first album titled “Ikonic“, a 10 track album which also features other top entertainers around the country. Ikonic was derived from his surname Ikon and interprets his story while growing up as a young boy with his father: This was a journey that built him from a young boy with humble beginnings to the man and the celebrity he has become today. 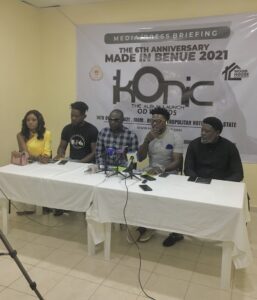