Mc Jamix is a fast-rising Mc that has remained a voice in Kwande and Benue state at large. He has mastered his craft and he is loved and supported by different people. He is now set to display his talent Abroad.

Dr. Kohol Shadrach Iornem, who is the President of Mzough U Tiv in the United Kingdom, promised to take Mc Jamix to the UK for microphone functions, during Tiv Day Celebration this year, the same way he took Rapizo. 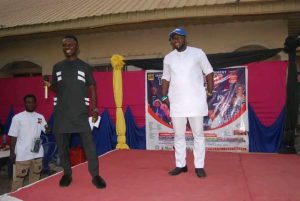 He made this pronouncement in Jato Aka during the TEM IMONGO I TURAN (Jato Aka Carnival 2023), on stage while he was decorated and honored with an award, for his good works for his people over the years.

Though Mc Jamix had a dream to one day travel abroad, he did not think someone will intend to do this for him at an early age and at this moment. 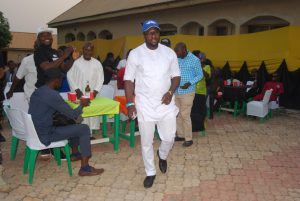 It was a moment of total excitement and joy when he said he will take him there.

When TEM IMONGO I TURAN initiative was formed by Mc Jamix, he did not know such a thing will play in his life. He also recounted how he used his University school fees twice for organizing the same TEM IMONGO I TURAN, not knowing this is how far he and his team will go in a short while. 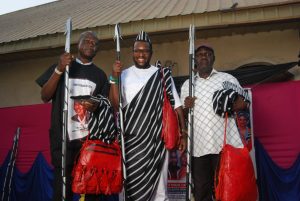 Indeed, God’s works are different from that of men, may the Lord bless and keep Prof. as he continues to uplift talents.