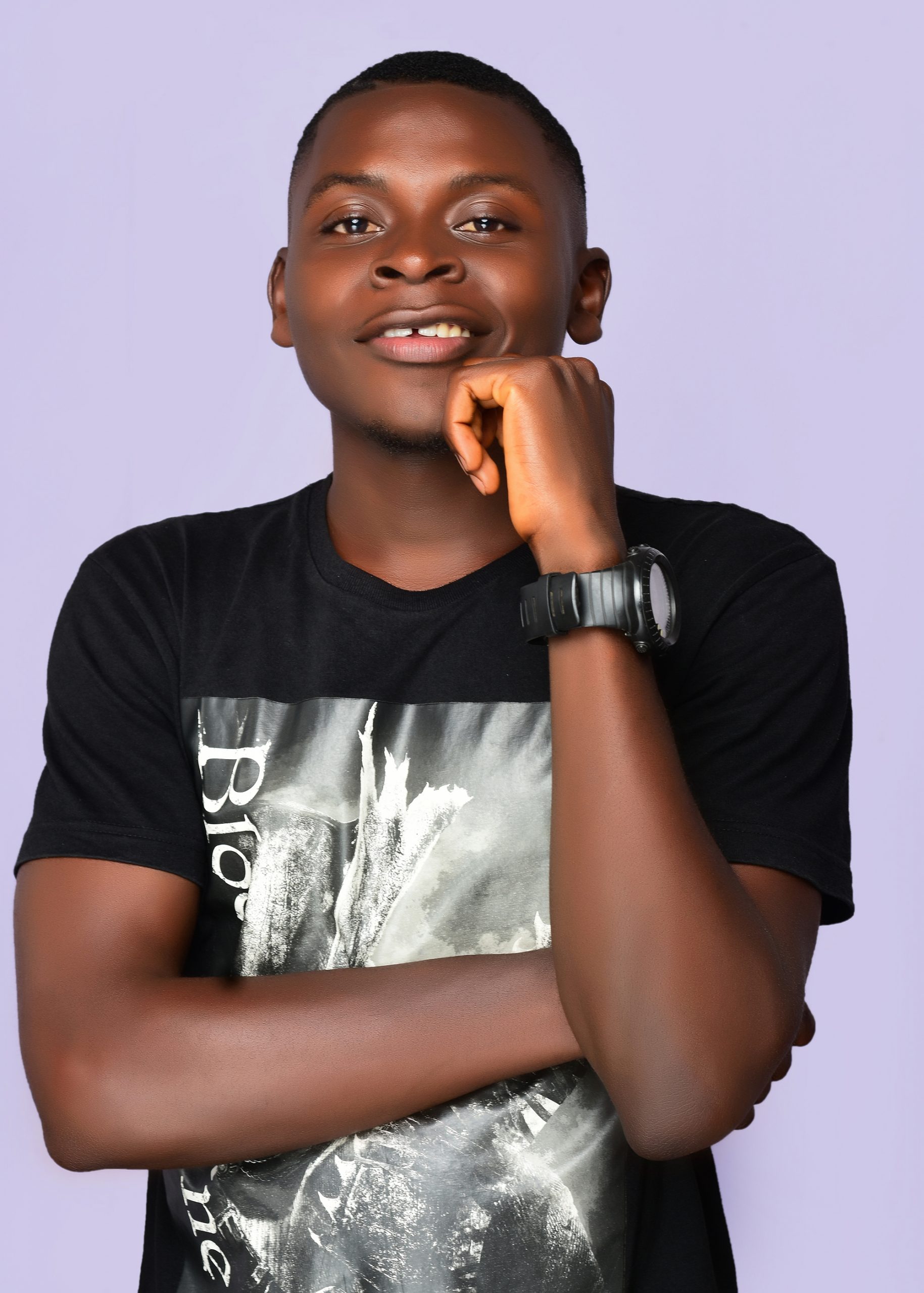 DJ Dyphrenz with real name Uji Daniel is a popular Disk Jockey, graphic designer, promoter and artist manager that has worked with Top artists like Slikish and so many more. He was born and brought up in Benue state from a typical Afro-polygamous setting. He was raised as the last of over 20 children. He grew up loving drawing, music and football.

DJ Dyphrenz popularly known as a Disc Jockey(DJ) with loads of mixtapes and exciting live sets to spare. The Sensational DJ Dyphrenz has had stints carrying out activities in Benue and Imo State. Besides his famous DJ jingle tagged “Dem Joor“, he is renowned for his crowd friendly and limitless spinning drive.

He has the ability to merge Hip-Hop, Raggae, Pop and other contrasting genres with Afrobeat in a single playlist. This he does off the hook, through an artistic blend that is spiced up with his hype skills.

Dyphrenz as a Graphic Artist.
Dyphrenz Ujifx has risen from arguably the most promising student during his college days to becoming one of the most prolific graphic designers in Benue Entertainment space. Through relentless self-promotional graphic design, social media content, paid commisions and gift/fan arts, with so many years working experience under his belt.
His simple but significant concepts spread through digital paintings, awesome vector illustrations, amazing music cover arts, super cool event flyers, posters, billboards and symbolic logos to mention but few, all rendered in rhythmic design elements and classy typography. He has at one point or the other created design concepts for the likes of Ozedikus, Francisca Ordega, Pastor Nicodemus, Slikish, Eddy Montana, Bonezworld, EMS, Krayzie Tee, Hype Train, JJ Debusta, Questhood and lots of brands/performing artists within and outside the state.

DJ Dyphrenz recently created an artwork for Rapper Dax who is a famous rapper and he commented on the post. Daniel Nwosu Jr better known by his stage name Dax is a talented Nigerian Canadian rapper, singer, songwriter and actor. Dax decided to write up a poem as he rode on a bus with his basketball team in 2016. After impressing one of his teammates with the poem, Dax realized he had a thing for putting words together. He began seriously releasing and promoting music through his SoundCloud account dropping mixtape 2pac Reincarnation Vol 2 in 2017. He rose to fame for the official music video of his song “Cash Me Outside” featuring Danielle Bregoli. He is also known for his freestyles and remixes of popular rap songs that usually go viral on different music platforms worldwide. In 2020, he released another EP called “I’ll say it for you” which received generally positive reviews from fans, top blogs and music critics. The single of that EP “Dear God” was praised by the critics for it’s subject matter and lyricism. The music video of the song has over 40 million views on YouTube and has been streamed more than 50 million times on Spotify. Dear God is a break through song for Dax. It introduced him to a new fan base and the world at large celebrated his level of education on this single track. This is one of his biggest songs ever released through out his career in the music industry. Later that year, he released hit singles like “Faster” and “I don’t want another sorry” featuring Tech N9ne and Trippie Redd respectively. Dax is loved by fans as he is always trying to connect with his fans on his different official social media handles. A lot of fans see him as one of the most humble rappers in the whole world because of this singular act.

DJ Dyphrenz was not left out in Dax spreading love across the world as he appreciated the art work created. 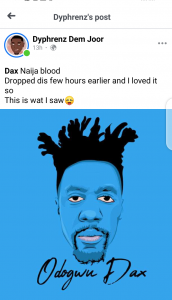 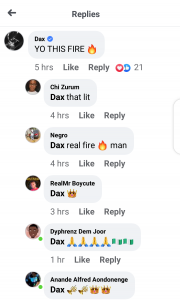