Trageel who participated exceptionally well while in the house became the second runner up of the Movie Boss Africa Reality Show.

Trageel with real name Simon Inass Ejembi is a professional Film maker and a musician. He was born on October 14th. He hails from Okpokwu Local Government Area of Benue state, Nigeria. He is the CEO of De Sojimasta Media (DSM). Overtime, Trageel has produced many high-quality movies in collaboration with other organizations with his original style of African stories and creative costumes, which has really kept him outstanding in the entertainment industry. 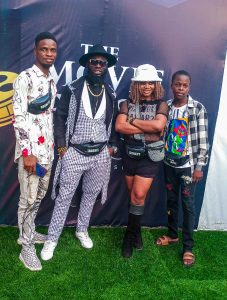 While at the Movie Boss Africa Reality Show, Trageel was one of the most talked about on social media. His fans and his team members worked tirelessly to make sure he became the winner. Trageel showcased his talents effortlessly. His acting skills really paid off while in the house. He was loved and adored by many. While in the house. Trageel lost his mother to the cold hands of death.

After so much tussle, Trageel was announced as the second runner up. He thanked the organizers for the opportunity to showcase his talents to the world and he also used to opportunity to appreciate his fans, team members, supporters and well-wishers for the massive show of love towards him and his brand. He believes that bigger things are on the way coming. This is just the beginning.