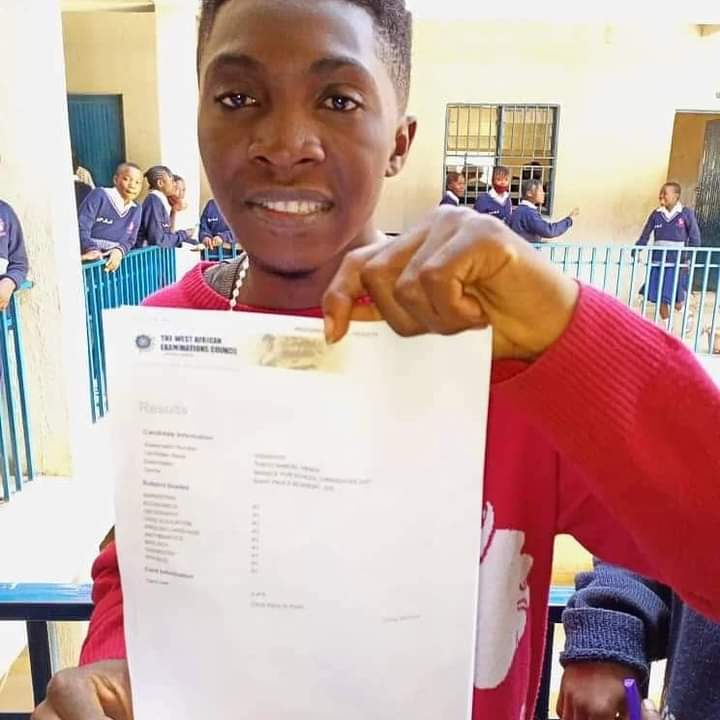 Torto Samuel Fanen broke a record that will be remembered in history. Education is a process of receiving or giving systematic instruction, especially at an organized school. When students are taught, they are expected to be examined and the outcome of the examination confirms if they have learnt or not. This is a clear indication that Torto Samuel Fanen from Benue state was taught, he learnt well and he is a genius. He is a very intelligent student that deserves accolades. He scored straight As in the recently released waec result. Torto Samuel Fanen is from Vandeikya Local government area of Benue State. He attended St. Paul’s Academy Jos in Plateau State. He graduated with 9 As in the recently released waec result in 2021. He wrote his Neco exams on credit as the widow who adopted him could not pay after paying for his SSCE exams. As a matter of fact, an ex-Student of the school who heard about his brilliance in SSCE sent money to clear the debt. He applied to study Pharmacy in the university.

Details of His Result is below: 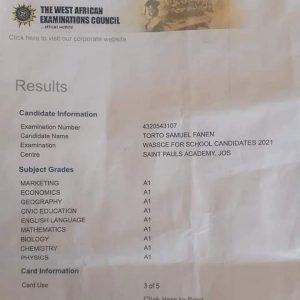