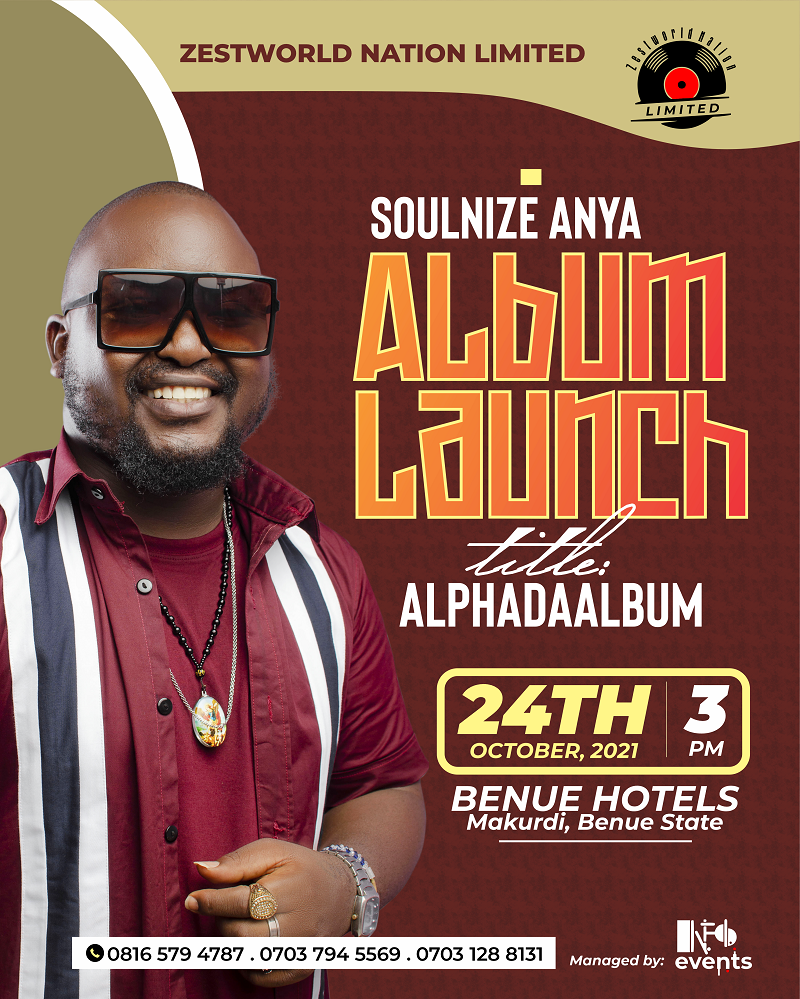 The management of Zestworld Nation Limited cordially invites the general public to the Debut Album Launch of Soulnize Anya titled “ALPHADAALBUM” and a Fifteen Million Naira appeal fund to start a music academy which comes up on the 24th of October at Benue Hotels Limited by 3p.m prompt.

The highlight of this year’s edition marks the launching of his first album titled ALPHADAALBUM, a 20-track album which also features some great Benue/Nigerian artist.
ALPHADAALBUM is a compilation of songs from the artiste that speaks on love, life, with motivational songs all produced, mixed and mastered here in Makurdi, Benue State. The album launch also comes with a launch of an appeal fund to further the artists budding music career locally and internationally.
The occasion will have the Executive Governor of Benue State His Excellency Dr. Samuel Ortom as Chief Host while Her Excellency, The wife of the Executive Governor of Benue State, Dr. Mrs. Eunice Erdoo Ortom is Mother of the Day.