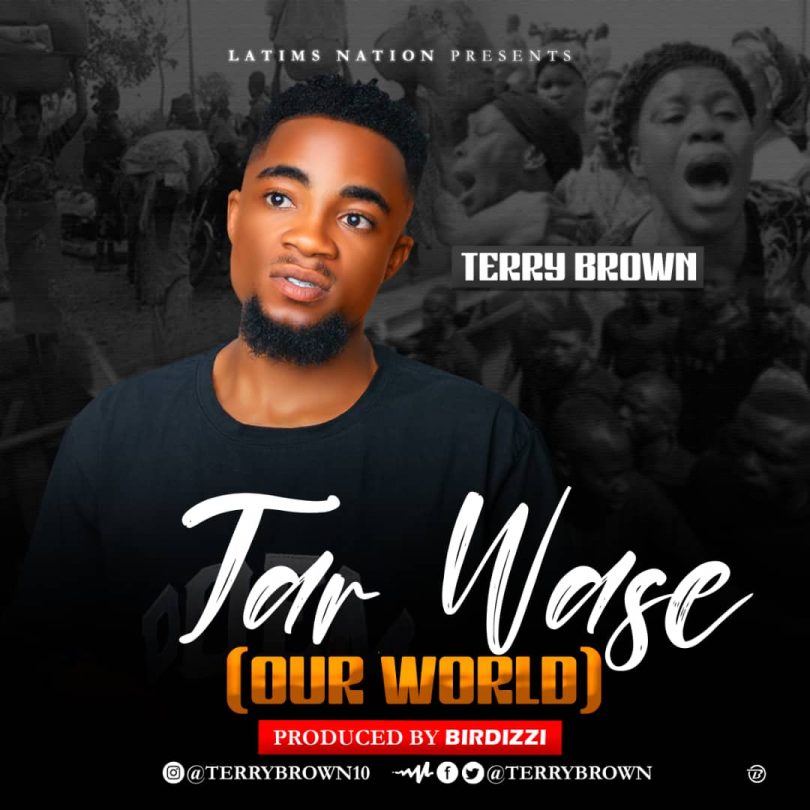 Apollos Simon Terwase professionally known as Terry Brown is a fast rising artist taking the music industry by storm. Terry Brown officially started his music career in 2018 with Latimz Nation music record label owned by Mr Azua Timothy (T.I). In 2019, he recorded two singles “Mary Jane” and “Thank God” under the MasterCraft of Danx and Jasix in Gboko.
Terry brown has won two Best act awards and he is the current Best music act in Kwande that is annually hosted by Kwande entertainment and prestigious awards (KEPA). Tar Wase which means “our world” is a very powerful song that sends a message across the globe.

The song was produced by Birdizzi.