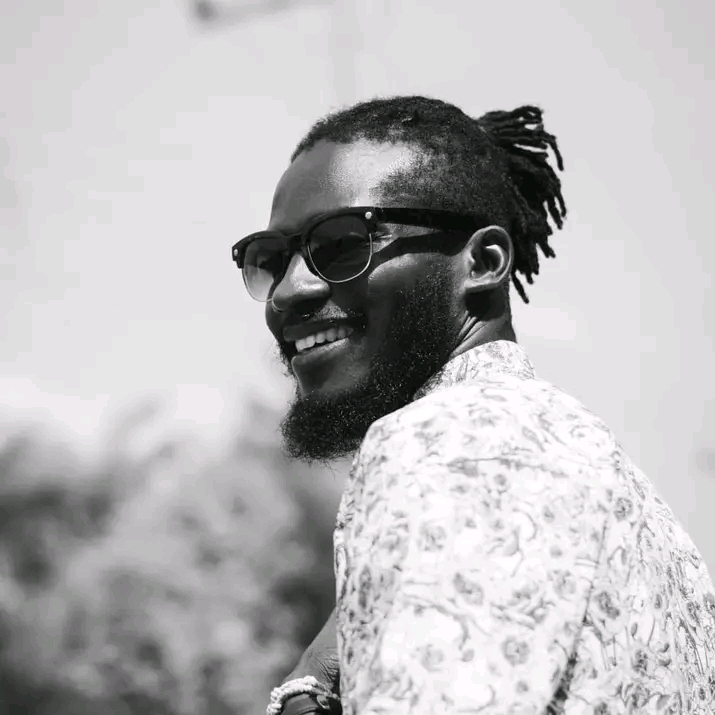 Teeroy Tyobee is a member of The Church of Jesus Christ of Latter-day Saints from the Tiv Nation of Benue State in Nigeria, Africa. He was born to the late Comrade Timothy Wende and Victoria Wende. As the firstborn son, his parents put little faith in his dreams and aspirations to be a musician and encouraged him to go to school and earn a degree like other normal children.

His stage name is TeeRoy. He loves to sing, dance, write, travel, and make new friends. He discovered his musical talents and abilities in his teens and declares that such music artists as Michael Jackson, Westlife, Luther Vandross, and a host of others have been a major influence and inspiration.

His Love and Passion for Music and Entertainment
TeeRoy started writing songs long ago and recorded his first single, “Get there,” in 2008. The song was an inspirational song and garnered him some popularity among his peers. In 2010, he was featured on a love song called “Valentine Love,” which got considerable airplay and landed him his first radio interview.

TeeRoy was accepted to the University of Mkar, a private Christian institution established by the Church of Christ in Sudan among the Tiv, to study sociology. Because of a lack of support and sponsorship from his family, the idea of pursuing his passion for creating music was not considered a wise career choice, especially being the oldest of five sons. Therefore, he took a break from being actively involved with music. However, he still wrote inspirational, dancehall, and other types of songs whenever he felt inspired. While attending the University of Mkar, he performed in school programs and activities and was often interviewed on the school radio programs. He was also featured on the cover of the school magazine, University of Mkar, Echo Digest.

His Early Music Pursuits
In early 2013, he signed with Famouz 19 Records. He was a co-owner and partner of the record company and they promoted their artists at their own pace. In 2014, he won the award for Best Lyrics of the Year from Settle Group Entertainment. In 2015, after finishing his degree program, he released his debut album, The Mirror, which is comprised of both inspirational and contemporary music. After some success, he toured around Nigeria, among other states, trying to promote and sell his music. However, he did not have much success and the record label went broke, leaving him unable to continue as an independent artist.

In 2016, he returned home and decided to go into re-branding. He wrote school anthems and sang promotional songs for companies and organizations in his state (Benue) and other parts of Nigeria. In 2017, he won the award for Best Inspirational Writer from Benue Industry Night. He was also interviewed by Active Nigeria, a television program meant to sensitize and campaign for “One Nigeria,” which was a project that he was working on.

TeeRoy has performed alongside prominent Nigerian singers like 2face idibia, M I Abaga, Teckno, and many others. While he was performing in the secular music world he wanted to heal the world through music and entertainment.

He had all but given up completely on his musical dreams and talents until he was introduced to a new set of missionaries by his branch president who introduced him as a musician. The missionaries wanted to hear some of his music, however, he was not proud of his old songs and did not want to share them with the missionaries, but they were persistent. Fortunately, he had some of his songs posted online, so he downloaded some from his phone for the missionaries to listen to. Even though they were not from Nigeria, they loved the song “One Nigeria.” One of the missionaries asked TeeRoy if he had ever heard of Alex Boyé and he told him that he had not. So, they asked him to check out some of Alex’s songs online. He was impressed and inspired when he watched Alex’s videos on YouTube and realized that members of the Church can sing more than just hymns. Ever since then he has prayed that he would be given the opportunity to revitalize his career.

Writing Songs That Uplift and Inspire
TeeRoy was soon inspired to write his first song, “The Plan.” The song teaches about Heavenly Father’s Plan of Salvation for all His children. He has always wanted to change and heal the world through music but was uncertain about how he could do that until he became a member of The Church of Jesus Christ of Latter-day Saints. He believes that his music is to be used to teach others about Heavenly Father’s doctrines, to give hope to the hopeless, and to bring joy to all. He also had the opportunity to perform for the Young Single Adult (YSA) in Nigeria, which was his first performance since leaving the secular music world. He was overwhelmed by the response to his performance and received confirmation that the work that he is doing is inspired by Heavenly Father.

TeeRoy said, “I have always loved singing. It is the only thing that gives me joy. Often people ask me, ‘Why music?’ I cannot explain other than to say how I feel about it. I will just say that it is what gives me a good sense of existence.” He continues, “I always believed that I was born to perform music. Even though my father never liked the idea of my music, before he passed away, he used my song as his ringtone, and lately, my mom introduces me to her friends as her son the musician!”

On 12 September 2018, TeeRoy released the official music video for his song “The Plan” on his YouTube channel. He also wrote an original Christmas carol, which he performed with the stake choir on 15 December 2018.

TeeRoy has not had the opportunity to serve a full-time mission, so he feels that his music is his mission to the world. Therefore, he plans to keep writing music and singing.
In April 2019, Teeroy wrote and released his second original song, “Are You There? (Heavenly Father),” which he also released as a music video on his YouTube channel. In January 2020, he wrote and released his third original song, “Different People (Hate Speech),” which featured Allie Gardner.
Listen to his new body of work WE ARE using the link below