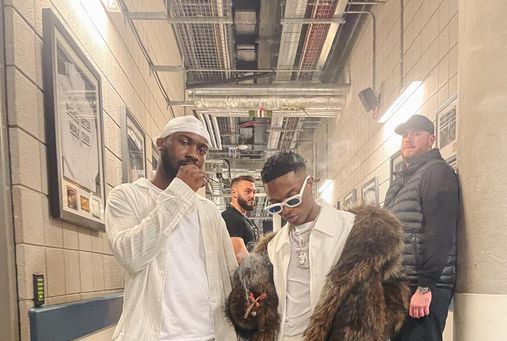 Austin Iornongu Iwar professionally known as Tay Iwar is a very talented Nigerian artist from Benue state. He is a singer, songwriter, record producer, composer and sound engineer. Tay Iwar signed a licensing deal in 2018 with Soulection and a publishing deal in 2022 with Warner Chappell Music. He founded BANTU with his brothers (Suté Iwar, and Terna Iwar) and he is a pioneer of the Alté. 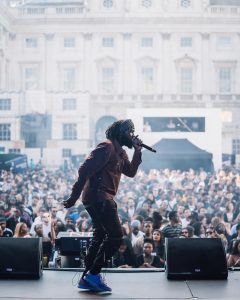 He came into the music scene with a critically acclaimed mixtape album Passport, which earned him a nomination at the 3rd and 4th editions of Nigerian Teens Choice Awards in the Choice Mixtape/EP category in 2014 and 2015. On 23rd November 2021, Wizkid’s Made in Lagos deluxe studio album, was nominated at the Grammy and earned Tay Iwar a special recognition from The Recording Academy.

Austin Iornongu Iwar was born on 9 June 1997 in Marina and raised between Lagos and Abuja. Austin, is the son of Austin Iwar (Father), and Vivian Iwar (Mother). His early influence in music came from his elder brother Suté Iwar. Austin began creating music at the age of fourteen, using the music digital software FL Studio. In 2015, he spoke about his journey at TED conference in Rivers State. 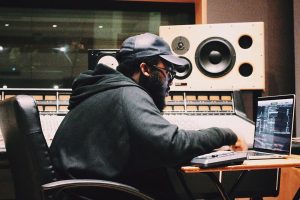 In 2014, Tay Iwar (formerly Tay) came into the music scene with his brother Suté Iwar. Same year, they created Bantu Collective, an entertainment company in Abuja for recording and music distribution with a photo studio, headed by Terna Iwar. Shortly after, Iwar released his mixtape Passport on the 20th of April 2014, through BANTU and launched his music career on SoundCloud, with a cover of Jai Paul “Zion Wolf”, as Tay. This earned him a nomination at the 4th Nigerian Teens Choice Awards for Choice Song of the Year in 2015. On the 22nd of April 2016, he released a seven-track ep titled Renascentia featuring Sute Iwar. In 2017, “Equestrian Love” from the extended play Renascentia was on the soundtrack list of Skinny Girl in Transit season 3.Shortly after the premiere of Skinny Girl in Transit season 3 in February, “Equestrian Love” gained popularity and began trending on Twitter, shortly after M.I posted the song, of the moment. On 29th April 2017, he opens for Aṣa, at Encore “Live In Lagos” Concert 2017 at Eko Convention Center in Lagos. 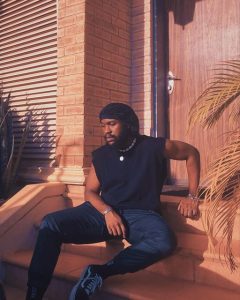 In 2018, Tay Iwar signed a single publishing deal with Universal Music Group Nigeria alongside Mr Eazi, Tekno, WurlD, Cina Soul, Stonebwoy and Vanessa Mdee. On 30th January 2018, he released “Video Star”, a self-produced track, and his first single under Universal Music Group Nigeria. On the of 3rd February 2018, he released the visual to “Video Star”, directed by Director K, for Universal Music Group Nigeria. “Video Star” was shortlisted among the 10 Best Nigerian Songs of the Month, by OkayAfrica. On 17th August 2018, he was credited the record producer and sound engineer of “504”, a song by Jon Ogah, a fake housemate at the 2017 reality television show, Big Brother Naija season 2. On 26th August 2018, Tay Iwar unveiled his publishing and distribution deal with Soulection, with the release of 1997, a collective of singles including “Space”, “Sugardaddy”, and “Miracle Girl”, under Soulection, as the lead singles off his debut album GEMINI, released on 29th March 2019. The album features guess appearance from Cruel Santino, Preyé, Odunsi (The Engine) and Suté Iwar. “Utero” from the album earned him a nomination for Best Vocal Performance (Male) at the 14th edition of The Headies. On 13th April 2019, “Diamond”, and “Keeps” from Gemini studio album was aired on Soulection radio. In 2020, he featured on Wizkid’s Made in Lagos album, on “True Love”, with Projexx. In 2021, following the release of the deluxe version on 27th August 2021, he co-wrote “Steady” from the deluxe version, which earned him his first nomination at the 64th Annual Grammy Awards, for Best Global Music Album. Same year, he co-wrote “System” for Dave, from We’re All Alone in This Together studio album, and was featured on Tiwa Savage’s Water & Garri EP on “Special Kinda”.

Tay Iwar is the only Nigerian artist featured on Omah Lay’s latest Album tagged Boy Alone on the song titled Tell Everybody. On the 1st of December 2021, Tay Iwar performed “True Love” with Wizkid, for the first time at Made in Lagos Tour in London at The O2 Arena. On  the 14th of January 2022, he signed a worldwide publishing deal with Warner Chappell Music, through a joint venture with The Flight Club. On 29th March 2022, Wizkid released the music video for “True Love”, featuring Tay Iwar, and Projexx. “True Love” was directed by Nabil Elderkin, and starring Jamaican-Canadian model Winnie Harlow, and Wizkid.

After Wizkid released the music video of True Love which featured Tay Iwar, Twitter users had a lot to say about the project. It caused a lot of controversies on social media between Wizkid FC and fans of Tay Iwar because he was not featured in the official music video. Fans had been gushing over Wizkid’s talent and how he made the right choice by starring Canadian Model, Winnie Harlow as a video vixen. Nigerians all agreed that the video Quality of True love is out of this world and Nigerian video directors should take note and avoid the colour riot and street theme they are always going for in their videos. While everyone agreed the Video is lit, fans still dragged Wizkid for not featuring Tay Iwar in the music video. They claimed it is totally unfair for Wizkid not to include Tay Iwar who wrote True Love for him. According to many, it could have benefited Tay Iwar and his brand if Wizkid featured him along with Winnie Harlow. FC wasted no time in defending Wizkid. 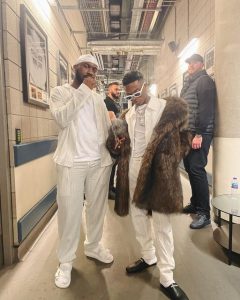 Tay, born Austin Iornongu Iwar hated it when his father forced him to take classic piano lessons at an early age. But by the time he was 13 and midway through high school, that sentiment had become the opposite; he had fallen deeply in love with the art, making music on his computer. His first love was the guitar, but something about making music on the colourful “video game” early version of the FL Studio software got him hooked. Mastering instruments and becoming a sound engineer gave him a high-level of understanding of music creation. At 16, he released his debut project, Passport, which became an instant niche favorite, offering him a modicum of fame and demand that surprised the artist.

What makes Tay Iwar special is his dedication to perfection in song-making, as well as a rooted pursuit of originality in a market that pressures creatives into conforming for success. He combined that gift with a reclusive persona, an amalgamation that birthed a brand steeped in mystery. To be Tay Iwar is to avoid the public but offer music that reflects everyone’s struggle with love, life and why earth is so damn complicated. It is a winning formula that has attracted an investment and partnership from L.A based indie label, Soulection, under which Gemini enjoyed a global release. The project is a dynamic attempt to fuse a number of genres, resulting in a collection of records that he describes as housing “RnB and Afro-fusion.” At 16 songs, it’s the longest, most-winding addition to an impressive catalogue. But it is arguably his most expressive, a trait he hammers on often.