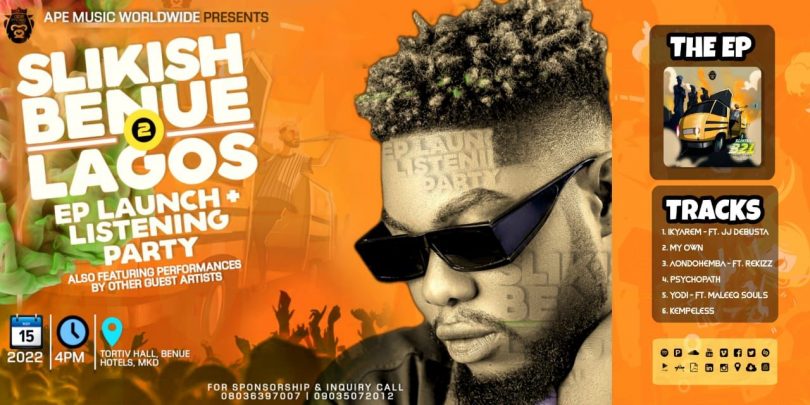 Peter Aondohemba Emberga professionally known as Slikish is a star to reckon with in the entertainment industry. After blessing his fans with so many hit songs and classic videos over the years like Lifestyle, Logo, Va Ft Ceeza Milli, Body ft Peruzzi and God Na u, he is set to release his first ever body of work titled “Benue To Lagos” hosting so many hit songs featuring Rekizz, Maleeq Souls and JJ Debusta. The Ep is slated to be released on the 15th of May with a listening party at Benue hotels, Makurdi. The Ep launch will feature so many Stars.