Rudeboy and Mr P of P Square who are Twins and they are currently one of the biggest music Duo in Africa had a breakup which lasted for years but the good news is that, they are finally back for good and set to shake the music industry like never before.

P Square was formally formed in 1999 and in 2001, they won the Benson & Hedges sponsored “Grab Da Mic” competition. The company sponsored their debut album titled “Last Nite.” This was their first break through into the Nigerian music industry and their careers changed till date. They were nominated as the “Most Promising Duo” at the Kora awards less than three months after they released their debut album and won the 2003 Amen Award. They released a second album in 2005 titled “Get Squared.” “Game Over” followed in 2007 and it is their best selling album till date. Their last album together was titled, “Double Trouble” which was released in 2014. P Square released Bank Alert in 2016 which became an instant hit, club banger and a street anthem. 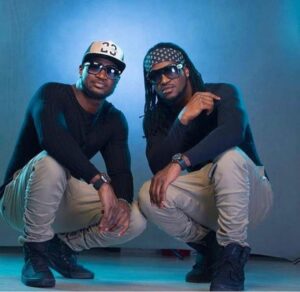 They later broke up in 2017 going their separate ways with Rudeboy and Mr P. They released songs during their solo careers that became hits and they also released a couple of videos. This broke the hearts of their fans but in November 2021 after 5 years of pushing their solo careers, they announced their comeback on their birthday(18th November) which shook the internet. This went on with a performance from P Square with industry heavy weights and fans in attendance. 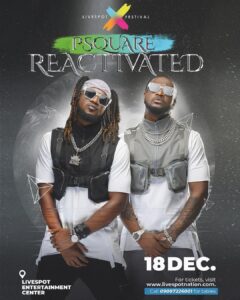 P Square officially announced their event on the 18th of December titled “P Square reactivated”. Families with blood line running in their veins usually disagree but the good news is that when the finally comeback, they become united and they work as a team. Like the popular saying goes: Two heads are better than one.