Nyam Luke Lubem popularly known as Rapizo has paid his dues in the entertainment industry and his smart work is paying off every single day.

Rapizo is a house hold name around middle belt. He is a very talented and versatile singer, song writer, dancer and an outstanding performer. He started music at the age of 12 and he has released hit songs back to back for more than a decade in the music industry.

His songs have gained him fame and recognition and it has given him a platform to perform in different parts of the world even out side the shores of Africa in Dubai and United Kingdom. 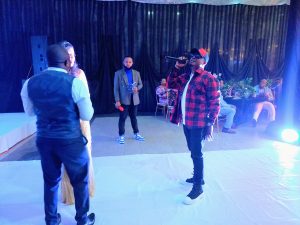 He has set a standard for himself and he keeps going higher and higher. He knows how to dress and he is never caught off guard when it comes to looking good. His style of music is very unique as he combines folk, Afro pop and Rnb. His first debut album was released in 2013 with hit songs like Immortal Rapizo, Too Far Away and other successful singles. The song “Immortal Rapizo” popularly known as “Mkem Wan Dam Ke Taraku” was the biggest track on the album thereby bringing Rapizo to limelight and since then, he has kept his music career at the highest peak. One Nigeria was another single that did not make that album but had positive reception from his fans around the world. 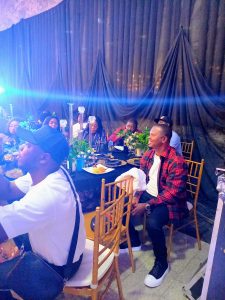 In the year 2016, Rapizo released his second album titled “We all Need Something” with hit songs Like Tar Wase, Omo Ele, Tiv way back and a host of others. “We All Need Something” has a remarkable record and it is Rapizo’s highest selling album so far. The album sold more than 40,000 copies excluding downloads and online streaming from different music platforms. The song “Tar Wase” which means our country was an instant hit after release because of the realities in the song. The song preached and prompted unity and culture. The song was an advice to youths to be more industrious in different professions other than looking at only politics for survival in Benue state. 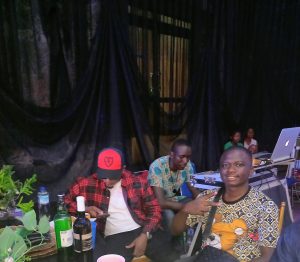 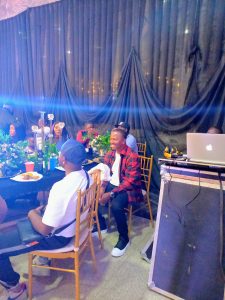 Rapizo recently released a very touching song titled Free My People. The song sends a powerful message about a predicament facing the Idp camps in Benue state, Taraba and Nassarawa state. Anybody that listens to the song becomes emotional and they appreciate the fact that Rapizo raised the issue. The song is in synergy with the Mutual Union of Tiv in America.

The award winning artist who has mastered his craft is one of the biggest musical exports from Middle belt. From releasing one of the biggest songs to performing at high profile shows along side A list artist, Rapizo has written his name in history as one of the artist to achieve such great heights from Benue state.

Rapizo recently performed at an event in Abuja where he turned the whole crowd upside down. His fans could not get enough of him as some kept on spraying him bundles of cash, some danced to his unique voice while some waved their hands in the air out of excitement. Mc Riski gave Rapizo the grand entry hype.