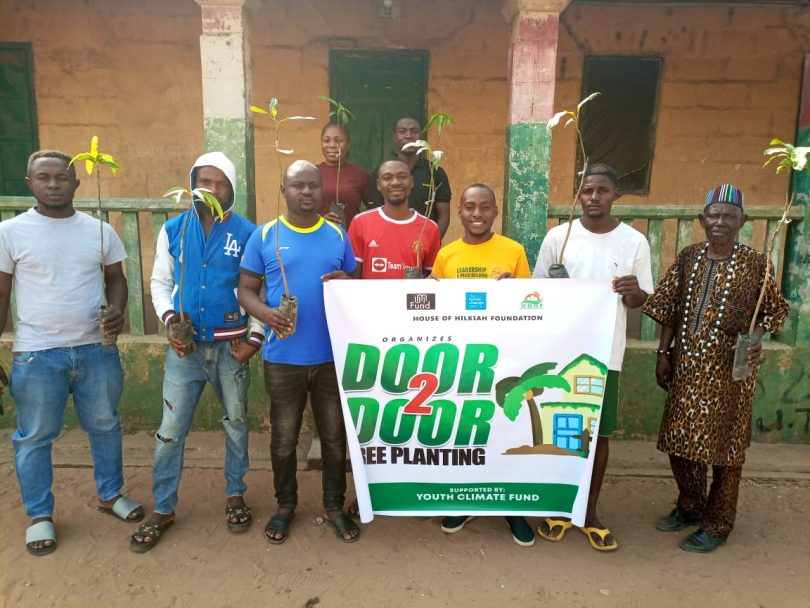 Project Door 2 Door by Sesugh Iortyom as the Project Manager.

With the financial support from the Youth Climate Fund, the Project Manager, Sesugh Iortyom with his team under the Umbrella of House of Hilkiah Foundation were able to train youths across three communities namely; Jibata, Market Clerk and Kabawa communities of Makurdi local government on the effects of climate change to the environment. They were trained and issued Economic trees like Mangoes, Palm and Oranges which were planted in their various houses to help redeem our environment from the adverse effect of climate change. 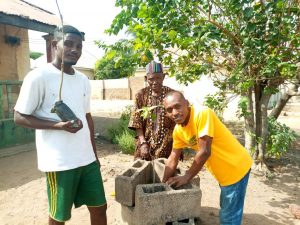 The loss of trees and other vegetation can cause climate change, desertification, soil erosion, fewer crops, flooding, increased greenhouse gases in the atmosphere and a host of problems for indigenous people.
Deforestation occurs for a number of reasons including farming with 80% of deforestation resulting from extensive cattle ranching and logging for materials and development.It has been happening for thousands of years, arguably since man began converting from hunter/gatherer to agricultural based societies and required larger, unobstructed tracks of land to accommodate cattle, crops and housing. It was only after the onset of the modern era that it became an epidemic.
Some of the Major Environmental Effects of Deforestation From the Above are;
Loss of Habitat: One of the most dangerous and unsettling effects of deforestation is the loss of animal and plant species due to their loss of habitat. 70% of land animals and plant species live in forests. Not only does deforestation threaten species known to us, but also those unknown.
The trees of the rainforest that provide shelter for some species also provide the canopy that regulates the temperature. Deforestation results in a more drastic temperature variation from day to night, much like a desert, which could prove fatal for many inhabitants.

Increased Greenhouse Gases: In addition to the loss of habitat, the lack of trees also allows a greater amount of greenhouse gases to be released into the atmosphere. Healthy forests absorb carbon dioxide from the atmosphere, acting as valuable carbon sinks. Deforested areas lose that ability and release more carbon.
Water in the Atmosphere: The trees also help control the level of water in the atmosphere by helping to regulate the water cycle. In deforested areas, there is less water in the air to be returned to the soil. This then causes dryer soil and the inability to grow crops. 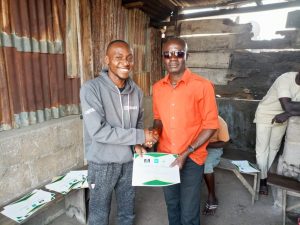 At the end of the campaign, certificates were issued to the participants and stakeholders in the host communities who partook in the tree planting and training.

The effects of climate change to our environment cannot be undermined, therefore everyone needs to key in this campaign by planting a tree today