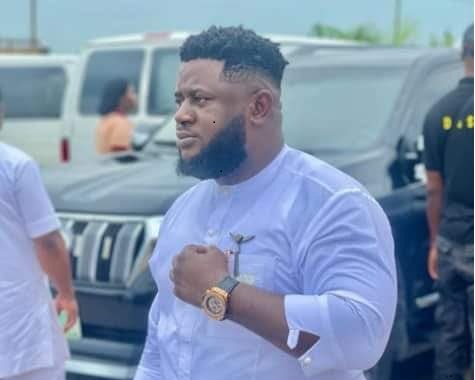 John Lyon, an alleged kidnapper who operates in Bayelsa state, has been arrested by the Nigeria Police Force(NPF).
Lyon was said to have been arrested on Saturday in the federal capital territory(FCT) by officers of the Bayelsa police command. A video showing the alleged kidnapper being handcuffed surfaced on social media over the weekend.
In the less than two-minute video, Lyon confessed to kidnapping, adding that he only joined the syndicate to carry out two operations.
He was also seen begging for forgiveness over his alleged crime, saying his wife had just delivered a baby.
“Sir, please forgive me. My wife just born self,” he said in a video while shedding tears.
According to his Facebook profile, Lyon worked for a bank from 2008 to 2014. He also identified himself as the chief executive officer of Lions Interior Hub.
On numerous Facebook posts, Lyon identified as a member of the ruling All Progressives Congress (APC).
Lyon’s social media posts feature him showing off luxurious items, displays of religiosity and posting motivational quotes about success. 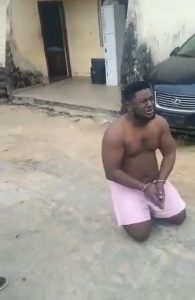 In a Facebook post published on April 27, 2020, he told his followers to keep working hard and “stay safe”.
“Nothing good ever comes from too many people knowing your business.
Being private and lowkey is the best way to be. #Hustle Hard #stay safe,” he wrote.
Confirming the arrest, Asinim Butswat, spokesperson of Bayelsa police, told TheCable that Lyon is currently in the custody of the command.
Butswat said the command will provide more details about his arrest on Monday.

I am Anongu Raphael Lohoudedoo professionally known as Phlamez, I am a blogger and hypeman from Gboko Benue state
Contact: +2348122232937
Or send email: phlamez733@gmail.com