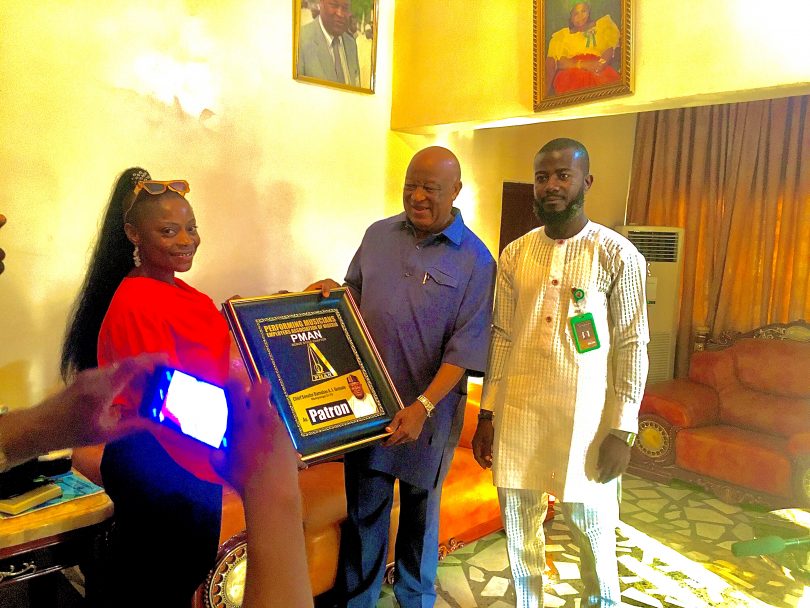 PMAN BENUE CHAPTER CONFIRMS SENATOR. B. I. GEMADE AS PATRON.

The performing Musicians Employers association of Nigeria, PMAN (Benue state Chapter) confirmed Chief senator Barnabas A. I Gemade as patron on the 28th May,2021.

The Association under the leadership of Chief Terseer Fabian Yaga led excos, panel of elders, co-members, various media platforms of the Association and members of the press witnessed the installation process at his residence in Makurdi, Benue state capital.

Speaking, the PMAN Chairman Fabian Terseer Yaga appreciated the consideration and blissful gesture put by the senator to their request of visit and also granting his presence to entertainers all through. He analyzed PMAN as a neutral and non partisan body founded in the year 1984 to unite the affairs of musicians and raising entertainment to reach its peak.
The Association expressed Gemade’s love on entertainment and his contributions towards humanity in general.
More so, they made him the Patron of the great union. 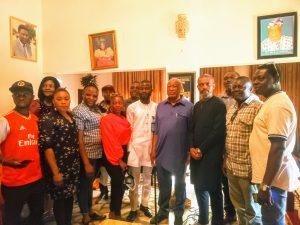 Responding, Senator Barnanas Gemade expressed his profound gratitude to the association in measures for finding him worthy of identifying with and wishing to have him as their incumbent patron.
Senator Gemade stated the needs of entertainment at large and its usefulness in the society as it owe to human necessities of living.

He then granted their request, accepted their offer and immediately showed them a position of theirs in his heart by physically pasting his award right in front of him at the pallor segment of his own apartment in Makurdi.

It was indeed a moment of inspiration and pleasure with the Senator and PMAN as all went well.

PMAN must be great. It is indeed A NEW DAWN.