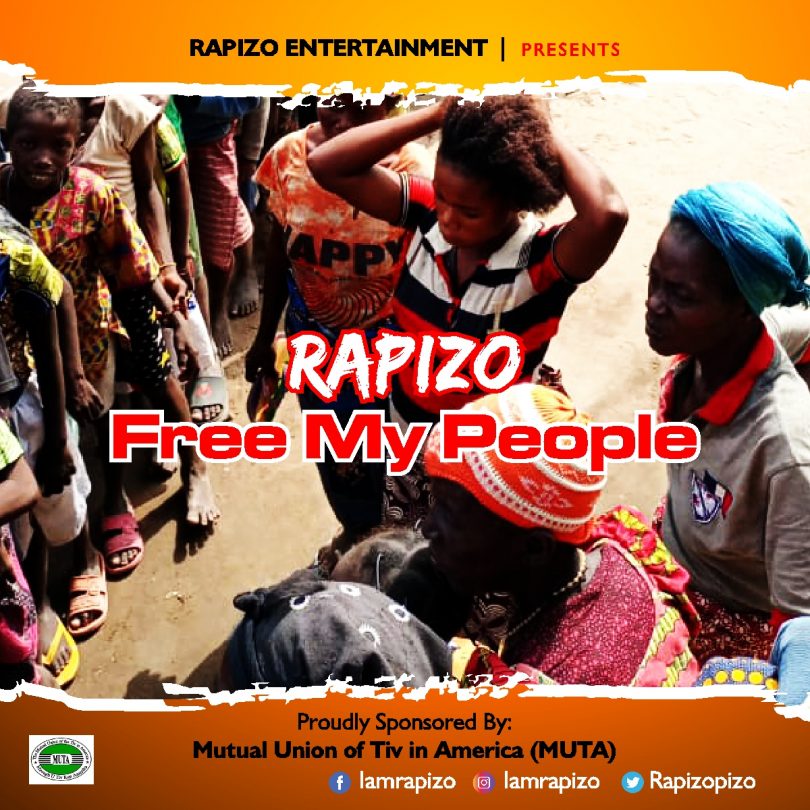 Rapizo has once again demonstrated an art of love, care and concern for his people who have been in pain for more than 10 years, this time around in synergy with the Mutual Union of Tiv in America.

MUTA is deeply saddened by the plight of its people suffering in IDP camps for years.

In Benue, Nasarawa and Taraba states, Tiv people have been displaced in their millions.

We want an end to this modern day style of slavery.

Benue State will lose its status of “food basket” if its people continue to be imprisoned in IDP camps.

No Nigerian citizen deserves to be permanently abandoned in an IDP camp.

We call on the federal government to resettle the IDPs.

We call on the elected representatives of the land to dutifully advocate for the victims until they are resettled to their ancestral lands. The song is titled “Free My People” Produced by Master Franzy.