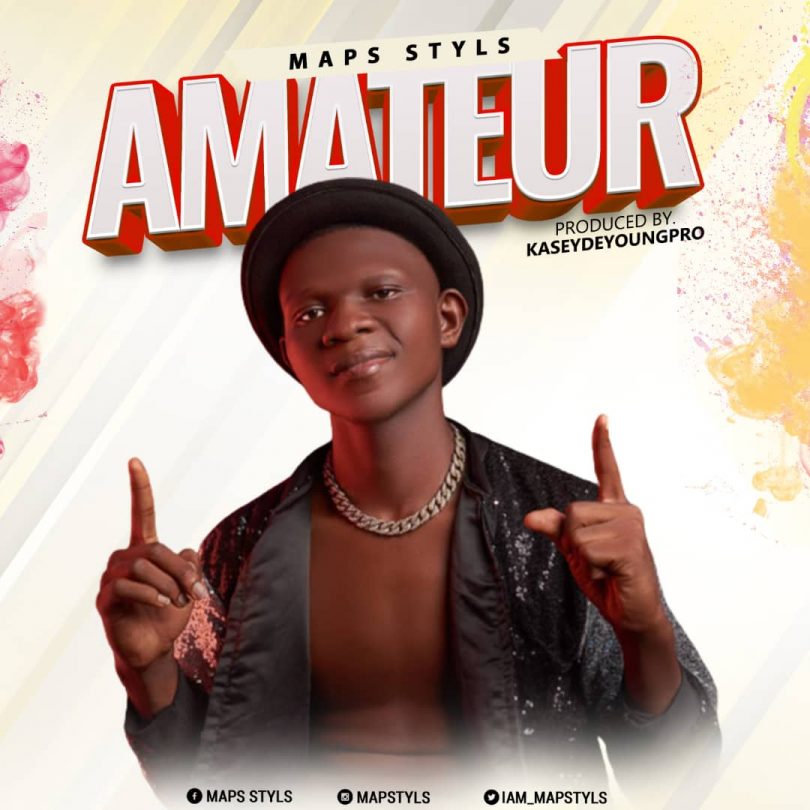 After so much anticipation fast rising talented artist Maps Styls is here with this hit song titled “Amateur“.

Maps Styls with real name Ijen Gandeoron Randy is a very talented creative singer from Benue State currently breaking boundaries and making history in the entertainment industry. The talented singer recently stole PMAN show with his energetic performance. He grew up in Maiduguri. He attended command primary school in Maiduguri then he later moved to Bristow secondary school in Gboko. He is a graduate of Benue State university where he studied B.Sc Computer Science.

Maps Styls viral song titled Amateur is already a national hit before official release as different people have been dancing to the song.

The song was produced by KaseyDeYoungPro.