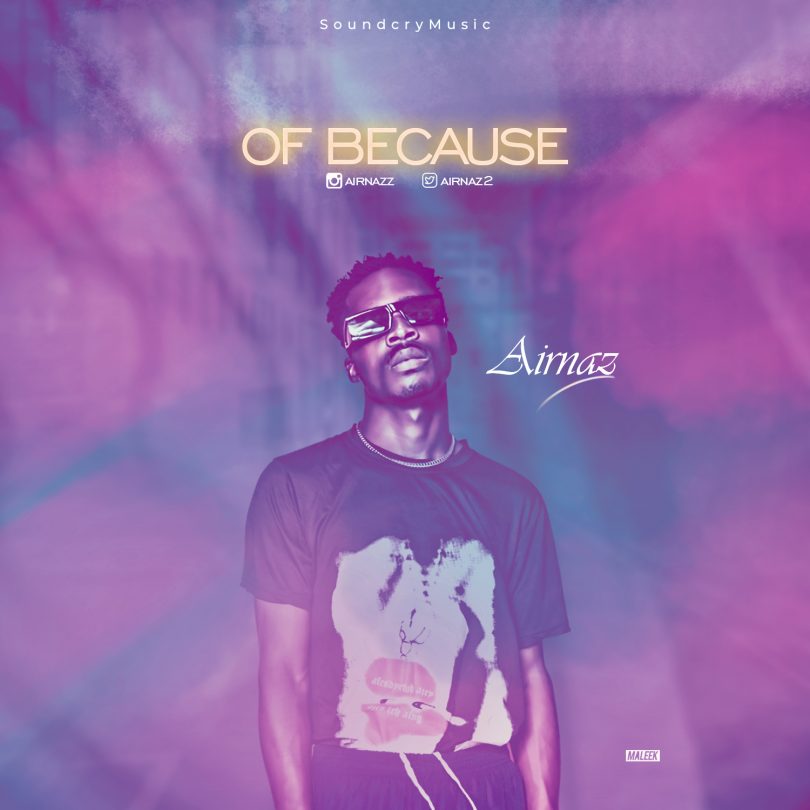 Airnaz takes the music industry to a different level as he released his most highly anticipated song titled “Of Because” and another significant event is that today is his birthday.

Airnaz is a young afrobeat/afro fusion artiste. He was born and brought up in Benue state. He lived with his grandmother, he started singing and rapping at a very tender age while still playing football. His first single was released in 2015 while he was still in the university. After graduating from the university and spending the whole of 2020 at home, he decided to relocate down to Lagos the hub of entertainment in Nigeria in 2021 to pursue his music career. He has passion for music. His other songs includes Jeje, No love on campus, Road to Lagos and Emergency. His music is influenced by Wizkid, Davido, August Alsina, Chris brown, 9ice and Olamide. “Of because” is Airnaz latest single which he claims is a fictional story of love.