Mr Ije grew up in a small town called Sarkin Kudu Ibi local government of Taraba state. He discovered he had love for dancing and singing when he was 19 years old.

Mr Ije graduated from college of education Katsina Ala, Benue state where he studied English/theatre arts. He started his musical career in the college where he graduated with high grades.

To achieve his plans, he teamed up with career builders in the music industry like Mr timz recording studio where he recorded a track titled (long time) on the 25th of 2014. 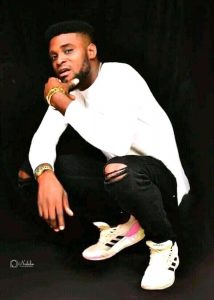 On the 7th of December 2016, Mr Ije also recorded a single titled (my lord) with save beat c.e.o. b.h music who is
a producer, singer and songwriter and has also teamed up with d.j whyte artist promoter/manager who has worked with various artists and actors in the Nigerian entertainment industry,
Mr Ije sets to come back with an Ep titled Broken love with the likes of Benue state well-known artist Egythian cairo and with the likes of El-kidi and Mr Eis-Y who are some of the next-rated artists in Taraba state.
His style of music is defined as polyhedric being characterized by dance hall music.
His lyrics develop predominantly over themes of s*x, romance, fast life, desire, regret and emotional conflict.
Mr Ije has been compared to Chris Brown for his style of music.