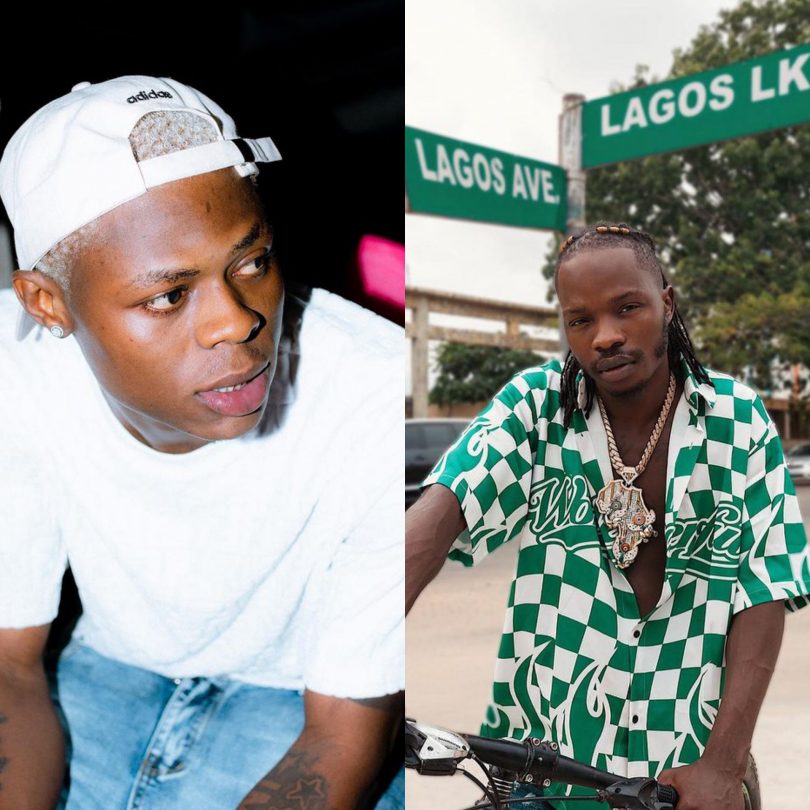 Popular Nigerian singer, Ilerioluwa Oladimeji otherwise known as Mohbad and his aide have been reportedly hospitalized after allegedly being attacked by Marlian music boss, Naira Marley and some of his boys.

Disclosing the incident via an Instagram post, Instablog9ja shared live videos of the singer, wailing during the attack.

Speaking mostly in Yoruba, Mohbad, a Marlian music signee, called for help from fellow Nigerians while he was being brutalized alongside his aide, Tuesday night in Lagos.

The singer who only watched as his team was brutalized by their attackers noted in the video that Naira Marley watched while they were being brutalized by four of his boys.

A video from the aftermath has also shown that Mohbahd who is currently receiving treatment in a Hospital in Lagos, sustained injuries on his back and neck while his aide sustained severe injuries.

Going down the memory lane, it would be recalled that Mohbad had in February 2022, decried his relationship with the Marlian boss while accusing him and his entire crew of wanting to kill him. 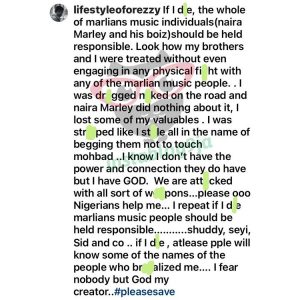 Meanwhile, due to the severity of what transpired between the two groups, more videos couldn’t be posted on Instagram inorder not to violate it’s rules.

Watch some of the videos below: