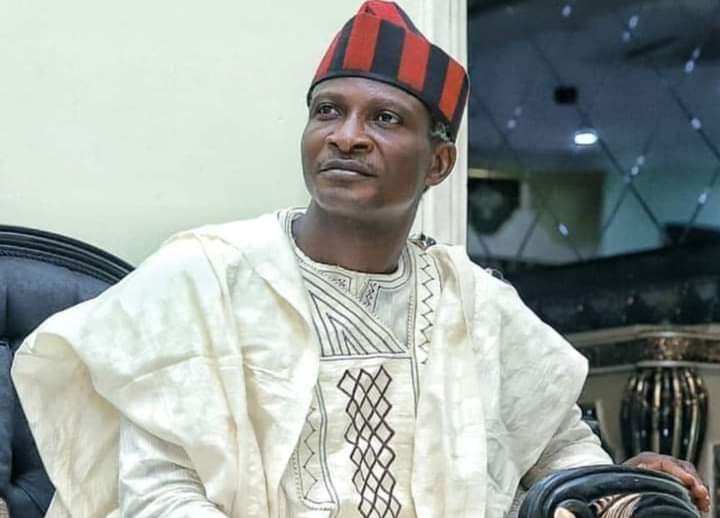 The controversies surrounding the election of HRM. Pastor Elaigwu Odogbo John as the their Och’Idoma, paramount ruler of Idoma kingdom of Benue State, might be ending soon. This is as a group of Idoma youths under the auspices of Idoma National Youth Development Forum (INYDF), on Sunday, January 2nd, 2022, declared that they have accepted the new monarch as their “God ordained and Idoma given brand new king elect”.

This was the first time any pan-Idoma group would be coming out publicly to accept the new monarch who’s emergence has been trailed with mixed reactions.

It would be recalled that Pastor Elaigwu Odogbo, an Abuja based Deeper Life Pastor, emerged as the 5th Och’Idoma on Thursday, December 30th, 2021, after defeating the likes of Arch. Sunny Echono, the Permanent Secretary Federal Ministry of Education, Prof. Armstrong Adejo, amongst others, to fill the vacuum created by the permanent hunting expedition embarked by the former Och’Idoma, Agaba’Idu Ellias Ikoyi Obekpa.

A group called OchetohaK’Idoma had on Sunday, January 2nd, 2022, issued a statement via its President, AVM Toni Adokwu (Rtd), rejecting the election of Pastor Elaigwu as the new Och’Idoma. The organization alleged that the new monarch was “imposed” on Idoma people by Governor Samuel Ortom.

But, reacting to the allegations by Ochetoha and other similar groups that the election that led to the emergence of Pastor Elaigwu as the new Och’Idoma was a “bastardized process”, the National Leader of Idoma National Youth Development Forum (INYDF), Comrade Ngbede Ofoine Adoka-Ole said “the whole activities surrounding the selection of Pastor Elaigwu Odogbo John as the new Och’Idoma were appropriate, in order with the Idoma traditional council and the Benue chieftaincy law as enacted thereby, solidifying and making noble, fair, transparent and true as to the manner and how a paramount ruler in the new Benue State chieftaincy law is to be selected which did not in any way contravene due diligence as well, due process.”

The Idoma National Youth Leader who spoke at the thanksgiving ceremony held in Otukpo, the Headquarters of Idoma Nation, on Sunday, 2nd January, 2022, by Idoma youths in appreciation to God for victorious emergence of Agatu-born Pastor Elaigwu Odogbo John as the 5th Och’Idoma, warned that “Idoma nation is not a trivial nor petty people and will not allow any Idoma infiltrator or infiltrating organisation or group to malign the Idoma kingdom for any selfish, greedy and political gains whatsoever at a time like this.”

Comrade Ngbede said INYDF which is the foremost Idoma youth organisation that inclusively speaks, works and represent the entire Idoma Youths both home and in diaspora without any political nor partisan inclination, affiliation nor influence, “unanimously accepted the emergence of Pastor Elaigwu Odogbo John as the new Och’Idoma elect.”

He called for the “arrest and interrogation of any of these infiltrating, intruding and sabotaging organisation, association and group of persons trying to malign the great repute of Idoma nation so as not to allow for any of Idoma enemy to desecrate the Idoma kingdom and disintegrate us being the most peaceful and hospitable people in the sub Saharan Africa.”

It said, “Contrary to their false claims, due process was followed in the selection exercise as provided by the Benue State Council of Chiefs and Traditional Councils Law 2016.”