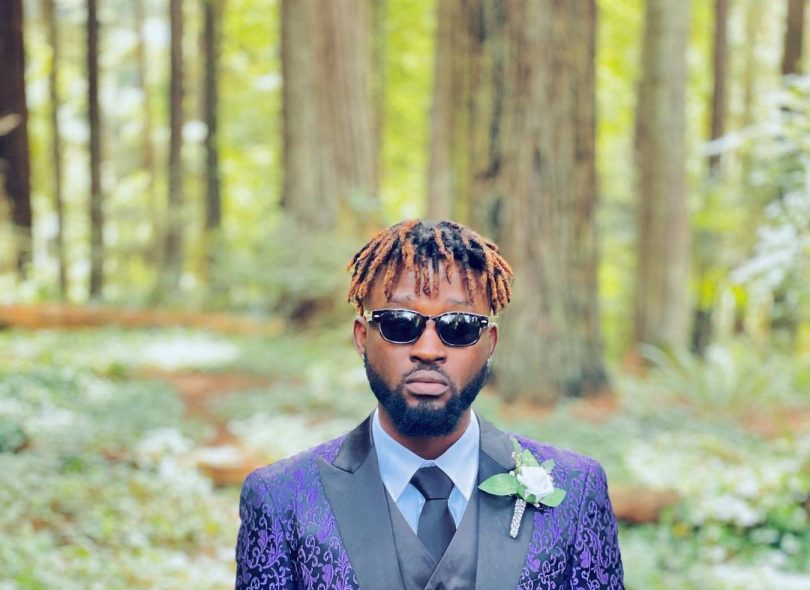 Self acclaimed biggest Tiv artist Eddy Montana is one of the entertainers making middle belt proud internationally in the entertainment industry. He currently resides in California.

His passion for music started as a kid. He has featured officially in music videos with the likes of Akon, Beyonce, 2baba, Davido, Falz, Naira Marley, Zlatan, Tekno, Tiwa Savage, Cheque, Blaqbonez and so many more too numerous to mention.

He recently released his E. P titled “Hear Me out” and two brand new songs tagged Mama and Hold your money featuring Rapizo.

Eddy Montana posted about being the biggest Tiv artist on Facebook.

Checkout a screen shot from the post and comments from his fans agreeing and disputing the writeup: 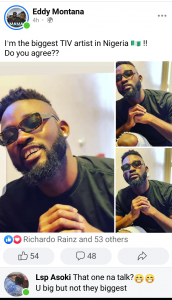 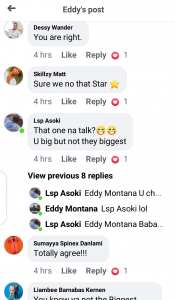 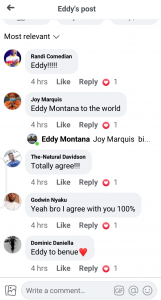 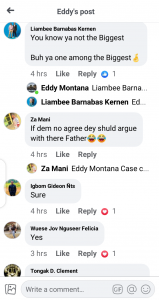 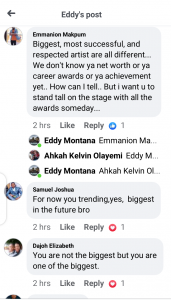 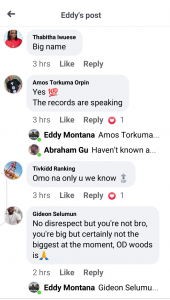 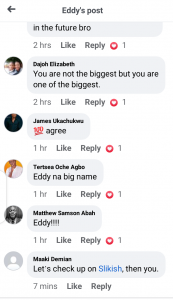 Drop your comments and reviews in the comment section below.