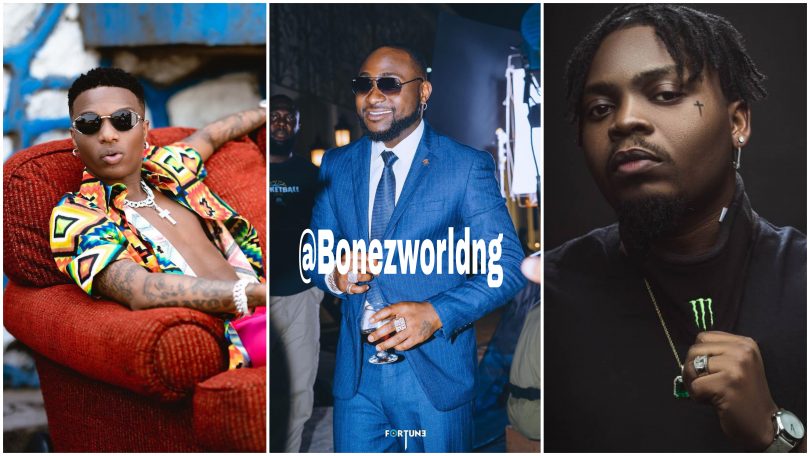 How Yorubas are dominating the Nigerian music industry from Wizkid, Davido and Olamide.

The Nigerian music industry which has taken over the whole of Africa and it is now on the international stage keeps going viral. This is a clear fact that Afro beats is here to stay. The Afrobeat sound was first made popular by Fela Kuti in 1960. Fela Kuti was a musical artist who criticized the government for its bad policies. While Afro beats have found a place in global mainstream music nowadays, Fela Kuti’s influence originally spread in 1970s.

Nigerian artist D’Banj scored a hit with Oliver Twist and was eventually signed to Kanye West’s GOOD Music. Kanye even featured in the video with the song going on to enter the UK top 10.

Wizkids first smash hit song “Holla at your Boy” became a national hit in 2011 and since then the talented singer have recruited Yoruba boys into limelight ranging from Mr Eazi, Lax and so many more.

Davido’s smash hit song Dami Duro broke into the Nigerian music market in late 2011. The song was an instant hit that shook the whole of Nigeria. Davido has been affiliated with the slogan “We rise by lifting others”. Davido has paved way for more of Yoruba artists in the industry like: Zlatan, Bella Shmurda, Idowest, Lil Frosh, Ichaba, Mayorkun, Dremo and so many more too numerous to mention.

Olamide can not be left out when mentioning Yoruba artists that have greatly influenced the Nigerian music industry. After gaining fame, he is a part of the success story of Lil Kesh, Adekunle Gold, Davolee, Lyta, Viktoh, Fireboy DML, Asake and so many more too numerous to mention.

With the current statistics of Yoruba people in the entertainment industry, it clearly shows that even in the next 50 years, the Yorubas will still dominate the Nigerian music industry.