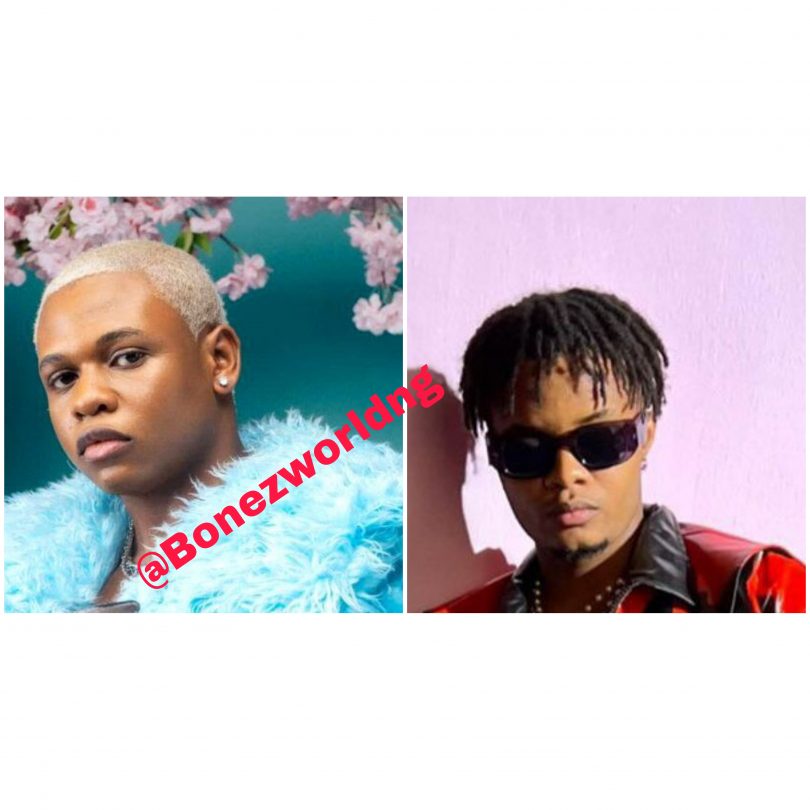 Mavin Records is a Nigerian musical label launched on May 8, 2012 by record producer and recording artist Don Jazzy. Following the closure of Mo’ Hits Records which was owned by Don Jazzy and D’banj, the label was formed. Korede Bello, Dr SID, D’Prince, Di’Ja, Johnny Drille, Ladipoe, DNA Twins, Rema, Ayra Starr, Magixx, Ruger and Boy Spyce are all signed to the label. It also houses Don Jazzy, Altims and Baby Fresh, among others. DJ Big N was named the label’s official disc jockey in 2014.

The label previously signed Tiwa Savage, Wande Coal, Reekado Banks and Iyanya. Mavin Records started as a result of D’banj’s departure from Mo’ Hits. Prior to commenting on D’banj’s exit from Mo’ Hits, there were allegations that D’banj signed over Mo’ Hits to Don Jazzy.

In an interview with Sunday Punch, Don Jazzy addressed D’banj’s departure from Mo Hits saying: “We were working together and all was going on well. It got to a point where I looked at the situation and we both decided that it was not working and we had to move on”. Don Jazzy alluded to being hesitant of a name change. According to BellaNaija, the term “Mavin” describes someone who is gifted and skilled in any field. Upon establishing the rebranded record label, Don Jazzy said he sees Mavin Records being the power house of music in Africa in the shortest possible time and that is exactly what they are doing.

Don Jazzy started with a classic intro, Crayon came on sharp with a legendary verse accompanied with an out of this world hook. Crayon was so relaxed and it gave him enough confidence to deliver his verse. Ayra Starr was good too, but she was so much in a rush to start and end her verse. Her attitude in the video was really good and exceptional. Though, We expected more from Ayra Starr. Ladipoe took his time, came in from the back door with his bass kind of voice and he was extremely different on the song. Magixx came in through with an average verse. Just like the saying that the best wine comes in last, Boyspyce is the star artist on this particular collaborative one of a kind record.

Ugbekile David Osemeke professionally known as Boy Spyce is a Nigerian singer and songwriter from Edo State. He was born into a family of six children on 10th May, 2001. He grew up in Jakande Estate Isolo. He is a music genius and a super Star that will take the whole world by surprise. He recently released his self titled Ep packed with so many hit songs from the starting till the end. Watch out for Boy Spyce.

Everyone was expecting Rema, Johnny Drille and Ruger’s vocals on this all star song but their vocals were no where to be found anywhere on this hit record. In the official video, Only Rema’s name was written on the plate number of a bouncing vehicle in the official video of Overdose. Were they trying to send a message across to fans that Rema is currently busy and he does not want to be disturbed? This is something we cannot confirm at this point in time but we are waiting for an official statement from Mavins record label to clear the air about their fans curiosity. We strongly believe that on the next all star song, they will be featured.

Check out the song below: