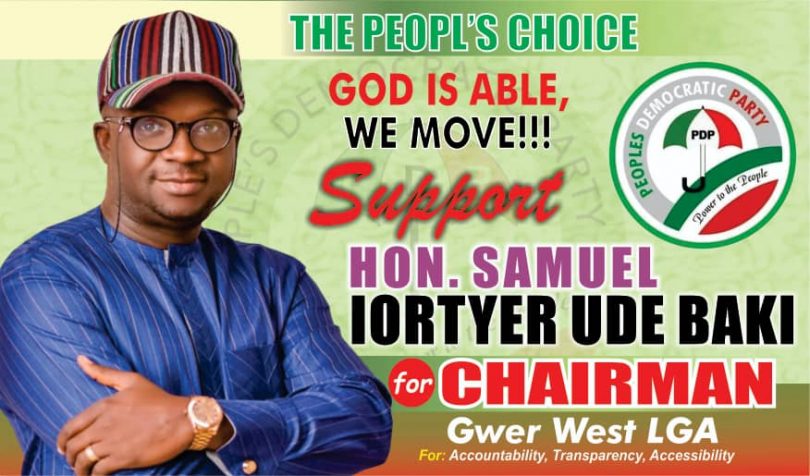 Hon. Samuel Iortyer Ude Baaki is a hardworking young man and supporter of the Governor’s vision His Excellency Dr. Samuel Ortom. Hon. Samuel Iortyer Ude Baaki did not just come out to contest for this election but he has been patiently waiting for the zoning time which is now due for his council ward. Ude is a young, hard-working, vibrant, intelligent and also the founder of the We Move organisation for good governance. Sam Ude as everyone calls him is more than capable enough to spearhead the affairs of Gwer West local government which happens to be the same local government the First Lady of BENUE state Dr Eunice Erdoo Ortom is from. This beautiful campaign song requesting for the support of the beautiful people of Gwer West local government is put together by his own brother RAPIZO who is one of the top music stars from middlebelt, North central Nigeria. RAPIZO from his angle said that this is part of his own support to his brother the incoming Chairman of Gwer West local government hopeful Hon. Samuel Iortyer Ude Baaki.