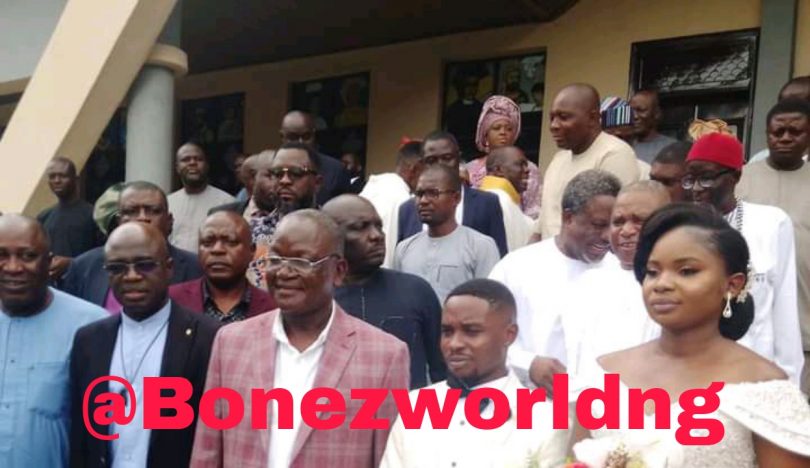 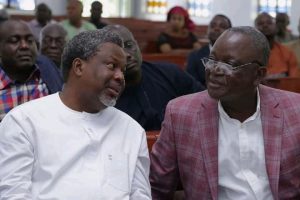 Joachim is the son of Rt. Hon. Terngu Tsegba, a former representative for the Gboko/Tarka Federal Constituency. 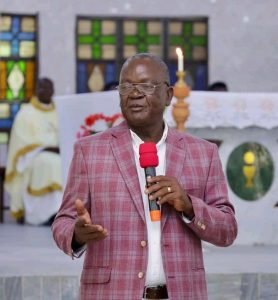 In a brief speech during the wedding, which was held at the chapel of St. Thomas Aquinas Major Seminary in Makurdi, Governor Ortom commended the couple for upholding the biblical command to embrace one another in marriage. 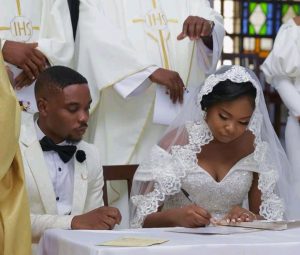 The governor praised the young couple for leading admirable lives and acting in a way that would please their relatives and make their parents happy. He thanked God for his grace in the couple’s lives. 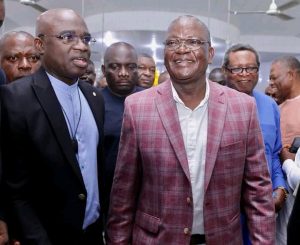 Gov Ortom, FR. Alia and Uba were all beaming with smiles as they exchanged pleasantries to the delight of attendees.