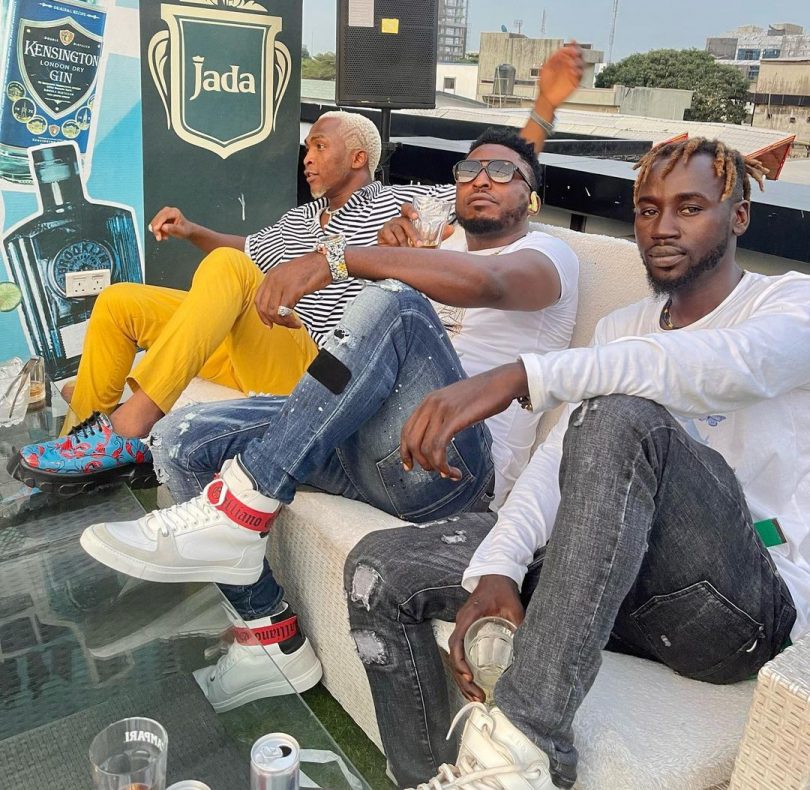 Gayor Menor, Od Woods, Noobvee and Mc Smart had a good time out in Lagos.

Gayor Menor with real name Bright Goya professionally known as Goya Menor is a talented Nigerian singer, rapper, hype man and Mc who hails from Edo state but he currently resides in Lagos. He released the hit song titled Ameno Amapiano along side Nektunez that have gone viral on different music platforms worldwide.

Od Woods with real name Ikon Orduen is a talented singer from Benue state. He recently released his album titled Ikonic that have gone viral.

Noobvee with real name Vingil Innocent Akpen is a very talented artist from Benue state. He recently featured on one of the fans favorite song on Od Woods Ikonic album titled Kwagh Wam.

Mc Smart with real name Oche Joseph is one of the top entertainers from middle belt. The award winning Mc and Hype man has performed on the same stage as 2baba, Wizkid, Gayor Menor and other top entertainers.

Gayor Menor, Od Woods, Noobvee and Mc Smart were together in Lagos chilling. Noobvee was so tired and exhausted from Chilling with the big boys.