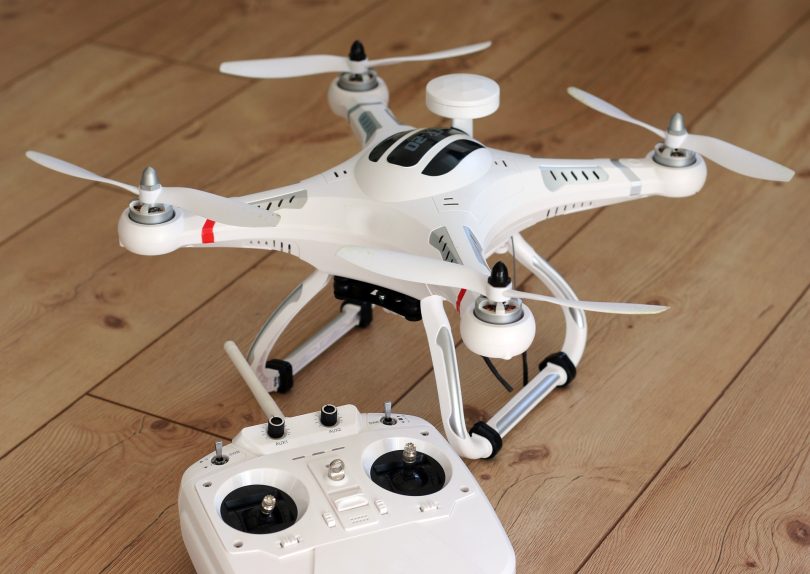 Drone pilots who fly and control drones need to understand that as a drone is controlled in the air, it can lose its signals from the controller.

Yes, a drone can fly out of range but there are some things that will definitely happen to the drone. It will lose signals from the controller. When this happens, some drones return home, some remain in the last spot, some land and some fly away.

What types of failsafe do drones have?

Drone failsafe is a technology designed in a drone that helps when you lose control of the drone or are low on battery. These are the types of failsafe implemented in drones: Return to home on the loss of signal, Return to home on low battery, Automatic land on the loss of signal or low battery, Hover in place. How to test what your drone will do when it loses signal. The simplest way to find out what your drone does when it loses signal is to do the following: Fly the drone 50 feet from you at a height where you can grab it, Shut down the controller entirely See how the drone would behave if you lost signal. If you see it raise in the air, don’t panic, it will go to a certain height and then return back to your spot. This is a good opportunity to see if you can regain the signal if you turn the controller back on. Can drones return to home? All GPS drones have the return to home option. The GPS sets a return to home point after the takeoff and it can return to it by pressing a button or as a failsafe. Most drones raise to a certain altitude first before moving back home, to avoid any obstacles in their way.

Is the return to home in a drone accurate? The accuracy of most return-to-home flights is between 1 and 5 meters and it can be influenced by the number of satellites connected and bottom optical sensors. To select a drone with a more precise return to home, make sure it has more than the standard GPS satellites and the Russian or European satellite system. 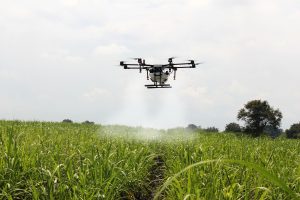 What do you do if you lose your drone out of sight? Let’s say you’re in a critical moment when you notice that you already can’t see your drone anymore. What can you do then? After you lose a drone out of sight, you need to check the camera feed and joystick responsiveness. Press the return to home button if there is one, or move with the controller in the general direction it last flew at to try and find it. Sometimes you might be able to reconnect the controller to the drone while it’s still in the air. Try to adjust the antennas a bit or move yourself to a better vantage point where you have no obstructions between you and the UAV. Why did my drone fly away? Drones that fly away are usually the cheaper toy drone ones but why do they do that instead of hovering on the spot or landing? Drones fly away after losing signal because the last control input before the signal was lost remains active. Another reason for flyaways is a drone carried away by the wind, as it doesn’t have a return to home option. There are also cases of GPS drones flying away from people but the usual culprits are cheap drones which are $200 and below. Toy drones especially tend to lose signal quite quickly since they are already limited to 50-100 meters at best. Losing signals at short ranges can be the side effect of bad weather such as flying in fog without taking the necessary precautions. How do you know when you’re going out of range? You can prevent bad accidents most of the time by finding the telltale signs of starting to lose connection to your drone, so how can you tell you’re losing the drone signal? Before losing the drone signal entirely, you can see the image feed lagging, the controls are less responsive and artifacts appearing in the image. Most drones also have a signal gauge with 3 bars that reaches the smallest bar when you’re close to losing the signal. While this signal loss can be quite fast, most of the time, it’s not instant, as long as no big obstacle like a tree or a building is suddenly between you and the drone. If you notice that the signal strength indicator gets to a dangerous level, don’t keep flying further even if the drone’s specs would allow it in theory. Many things can block drone signals in real-life scenarios, including wifi, buildings, trees, or simply a lousy antenna angle. Between the controller or video signal, what is lost first? Most drones lose video signals long before you lose the ability to control them. The video is transmitted at 5.8 GHz, which is a higher frequency and makes it harder to penetrate long distances. The controller signal is in 2.4 GHz, making it able to go longer distances. DJI Drones can alternate between 2.4 GHz and 5.8 GHz signals while in flight, so they usually have a similar range for both video and controller, which is why you usually lose them both together. Will a drone regain signal after it gets closer? What if you have a drone that returns home, but you want to regain control of it as soon as possible, even before it lands? Some drones (DJI ones included) will regain the signal entirely after they get back in range from a return to home flight. You can then take control of them and stop the return to home altogether. Regaining the signal is especially useful when there’s a building between you and the drone that exceeds the return to home height. 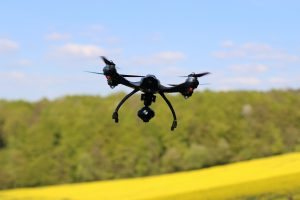 What happens when a drone runs out of battery? With modern long-range drones, you usually have more range than battery life to complete the entire trip back and forth, so what happens in that case? When a drone runs out of battery, it will slowly descend and lose power gradually or force an automatic return home. Of course, you will be warned by the beeping controller long before that happens. Toy drones that don’t have a GPS will warn you by beeping the controller when they reach around 20% battery and slowly descending on the spot if you ignore the warnings. You can still control the drone’s direction even as it’s descending, so you can land it in a safer spot. Modern GPS drones like DJI quadcopters have an advanced system that can detect how much battery you need for returning to the initial spot. So the farther you go, the sooner that warning will be met, making sure you always have enough battery to return home.

Read also: how low can you fly a drone over private property