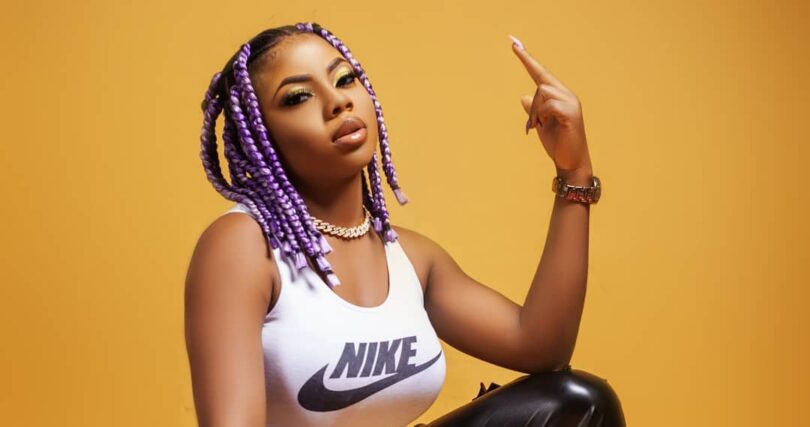 Oryina patience popularly known as Lady Pesh is currently the hottest female artist from Benue state shining with her God given talent, creativity and vibes. She is one of a kind, she is unique, she is an artist with so much prospects. She is a talented singer, song writer and a performer born and brought up in Benue state. She began her music career in 2013 and in 2014 she was nominated for the best female rising artist of the year (2014). After winning and receiving the award as an artist, she was motivated to take her music career more seriously with the fact that there where people who loved and supported her. She won “Artist of the year” at Choice awards(2021).

She got a deal with ZESTWORLD Entertainment and in 2015 she made an appearance on the labels 2015 song titled (TOUCH BODY) which was released that year. During her stay with the label, She recorded songs like: “SHOW UR TALENT” which was a hit in Benue state.

In 2018, she left the label for SUPER SUCCESS ENTERTAINMENT.

Lady Pesh released her song titled Dora in 2020 which became an instant hit in Benue state and its environs. This song got her affiliated with top entertainers in Benue state and it secured her performance slots at the most talked about Kidd Wayas home coming in Benue state and Made in Benue all white party. She also featured on Tribute for Johnicks along side OD Woods, Rapizo and Noobvee.