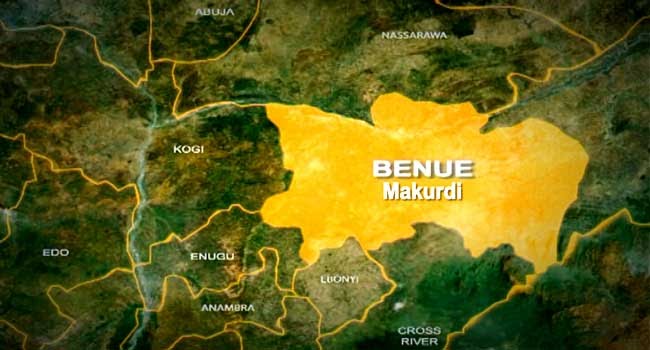 The suspects, including a young lady, were accused of burning down houses.

The Commissioner of Police in the state, Wale Abass, explained that suspects had nearly overrun Adoka community and its environs.

“The moment these people wreak havoc, they escape into the bush. The latest one was burning of five houses in Adoka last Saturday.

“Luckily, our men were able to apprehend some of them and they were brought to the headquarters in Makurdi,” Abass said.

A community leader, who identified himself as Obaje Gabriel, told journalists that the suspects had disrupted the peace of Adoka community between Saturday and Sunday.

“These boys insisted that they must take over the village; they take drugs and do whatever they want. Sometimes, they will be insulting the elders on the streets and say nobody can do them anything.

The only female among the suspects who declined to give her name said she was only trying to intervene in a fight when she was arrested.

Follow us on all social media platforms for fresh updates.

Read Also: If I Were Not In PDP, I Would Work For Peter Obi – Ortom