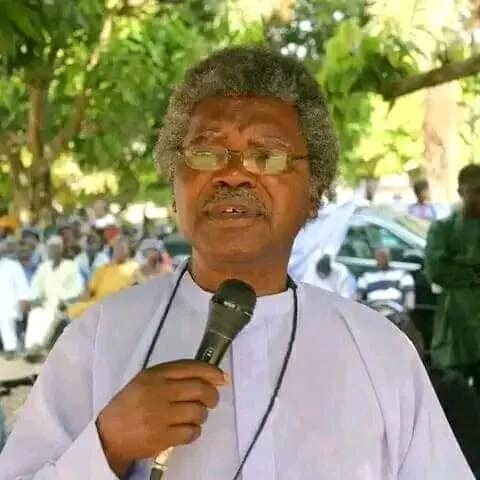 In November 1958, young Unongo was employed as an Entries Clerk by the prestigious Barclays Bank, DCO. Owing to his diligence, hard work and the positive encouragement of his British expatriate Manager, Mr. Naylor, Wantaregh Paul Unongo made rapid progress and attained the enviable rank of Acting sub-Accountant, usually reserved only for Whites, in 1959. His banking job, although very attractive and rewarding at that time, for a young man, his innate desire to pursue Higher Education made him resign from his very lucrative and enviable job with Barclays Bank, DCO, to further his education.

He proceeded to the Nigerian College of Arts, Science, and Technology Zaria, now Ahmadu Bello University, Zaria in October 1959 for Two years Pre-Degree Programme; then referred to as Pre-Medicine, which was in fact Advanced Level GCE in Zoology, Physics and Chemistry and completed his course successfully in 1960. With the encouragement and partial assistance of the expatriate Chief Social Welfare Officer of Northern Nigeria, Douglas Green (a Canadian) Wantaregh got admission to Canada to study Experimental Psychology at the University of Calgary in Canada. He stayed for two years and later transferred to the University of Alberta Edmonton, Canada, where he completed both his B.Sc. and M.Sc. in Experimental Psychology, specializing in Human Experimental Psychopathology. He was subsequently offered a six (6) Year Scholarship by the North Regional Government to study at the University of London, “leading to a Ph.D in Psychology” in that UK University. 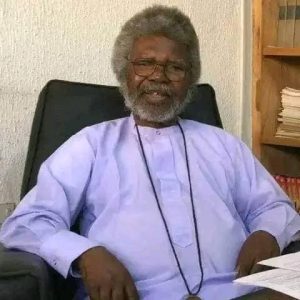 In 1968, 1969, and even 1970, whilst actively pursuing the psychological war aims of the country, Unongo still routinely lectured with the University of Lagos, and helped establish and consolidate the Department of Psychology and her degree awarding programme. At the end of the war in 1970, Unongo released his must read book: “Say It Loud We Are Black and Strong”, – a postmortem of the crisis, a real masterpiece on the Nigeria of his dream. When General Murtala Muhammed was programming a transition to Civilian Rule in 1975, he selected fifty distinguished Nigerians to draft a befitting Constitution for Modern Nigeria. This task required dedicated, educated, experienced and versatile cream of Nigerians. The Military Government honoured Wantaregh as one of the “Fifty Wise Men”.
In recognition of his efforts, General Olusegun Obasanjo, the then Head of State found him worthy of National Honour as Officer of the Federal Republic, OFR.
Since then, Wantaregh has remained the delight of successive Administrations, acting freely, as Policy Adviser to different regimes. Unongo, once again found himself a member of the 1994 Constitutional Conference where he served as Chairman of the States Creation Committee.
Life will make no meaning without his venture into politics; he acquired the name Wantaregh arising from his unapologetic demand of equal opportunity for the oppressed and the downtrodden. Very erudite and outspoken, fearless by no mean measure, Wantaregh struggled to attain recognition for his people within the context of the evolving democratic space. He was a founding member of several political movements in Nigeria. Together with the likes of Dr. Tunji Otegbeyi, Solomon Daushep Lar, Chief Femi Okunno, Alhaji Abubakar Rimi and (together) with his role model, the Rt. Hon, Dr. Nnamdi Azikiwe, they formed the Nigerian People’s Party (NPP) and he, became its pioneer, Secretary General.
He became critical in the formation of the National Government spearheaded by the coming together of two political parties, NPN and NPP. This alliance took power from the Military, under President Shehu Shagari in 1979. His political sagacity earned him an appointment as Minister of Mines and Steel Development from which he resigned on principle, seven months later. Ever after, Wantaregh has remained purposefully relevant in the affairs of governance. His modest contribution to the socio-economic development of his people, is unparalleled.
Wantaregh Paul Unongo is a person who has dedicated his entire life to service. He is an accomplished orator and intellectual with a corpus of scholarly works. Most notable are: Where Do We Go From Here? An Open Letter to the Tiv People of Nigeria. The Case for Nigeria, and Say it Loud, We are Black and Strong, Our Tiv Heritage: Iniongo I Iyou Mbi Hev (The Celebration of the Feast of New Yams).
Wantaregh Paul Unongo is a humanist, a great social critic, always taking sides with the weak and the poor, a social entrepreneur who has dedicated his life to uplifting the lives of the ordinary Nigerian through the incredible acts of practical philanthropism. He has established private schools and hospitals in rural areas and homes for the physically challenged, the very old, and the destitute in urban areas of Nigeria.
Wantaregh Paul Unongo is a visionary leader who has always been at the forefront of espousing innovative ideas to transform Nigeria. He is particularly sensitive to the plight of the Tiv people of Nigeria, and makes no apologies for serving as their fiercest advocate in the Nigeria project, from which he believes they are often short-changed. Wantaregh Paul Unongo regards himself as a Tiv person, since Nigeria is composed of over 250 ethnicities, but also encourages other Nigerians to embrace the beauty of ethnic diversity that Nigeria provides. Therefore, he has worked and continues to work tirelessly to ensure the viability of the Nigerian project in a multi-ethnic, multi-cultural milieu. 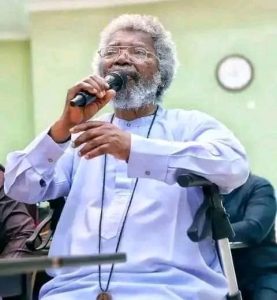 Wantaregh Paul Unongo has now rededicated his life to telling the story of Nigeria that reflects the sum total of his experiences in Nigeria at the local, state, national and international levels. His business model is philanthropic enterprise, where goods and services are not geared towards profit but rather creating economic and livelihood opportunities for the poor, the dejected and the down trodden across the stretch of his immediate communities. Wantaregh has established, and continues to establish schools, hospitals, markets, places of worship. His Paul Unongo Foundation has continued to provide succor for many dependents. He lives a healthy, simple and successful family life, with many biological and adopted children, some of whom are outstanding in their own respective endeavors.
Realizing that uniting the vast North is a key to the stability of Nigeria, Wantaregh is consciously committed to this crusade. He became a founding member and the Convener/Leader of the Northern Elders’ Forum. With forthrightness, his advocacy for unity, equity, fairness and peaceful coexistence amongst our diverse tribes and religions, brought about the common ground for understanding and tolerance in this part of the country.
Wantaregh Paul Unongo though at the ripe age of 87, but still held supremely to the ideals of humanitarianism, simplicity and reconciliation, and accepting happily the first traditional role of the “spiritual leader and oracle” of the Tiv nation. He is never tired of bringing his knowledge and wealth of experience to bear for the good of his people, his community, his country and humanity in general.
Wantaregh Paul Unongo, the current Chairman, Governing Board of NERDC is happily married with children.
We miss you daddy