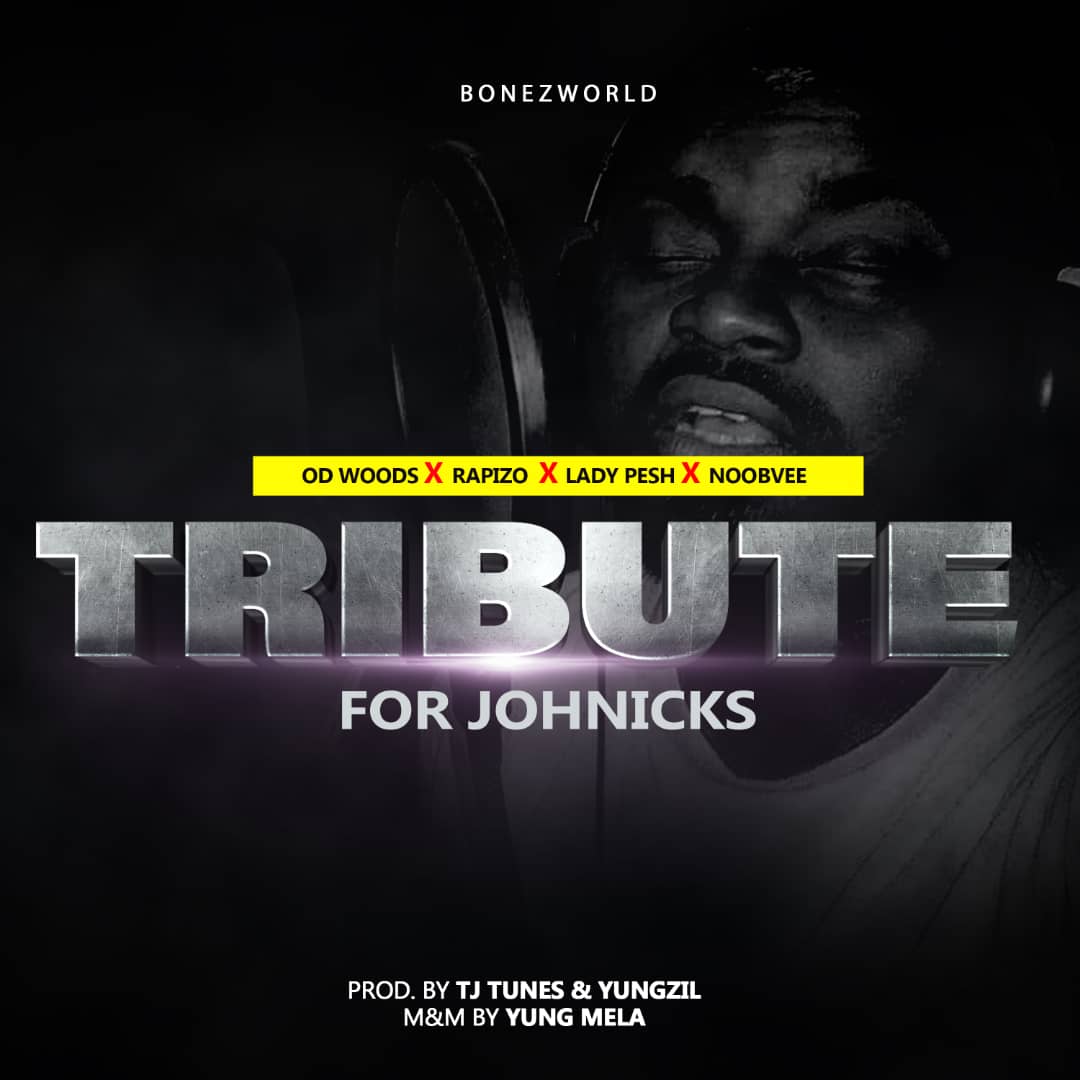 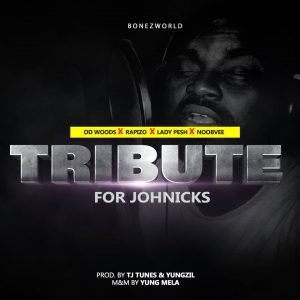 This is a special song and a video for a Legend titled “Tribute for Johnicks” Featuring OD Woods x Rapizo x Lady Pesh x Noobvee.

Johnicks made a mark in Benue state and Middle Belt entirely. He is regarded as a father figure, A legend and an Icon that contributed selflessly to the growth of Benue entertainment. He also contributed and invested heavily for the growth of Bonezworld.

Late Mr Maduka Johnicks Chima was a well known video director, Music Coach and a Music Producer residing in Benue state. He was the CEO of Johnicks Studiovilla and Talent Network Radio(TNR). He shot and directed one of the biggest music videos from Nigeria. He contributed to the growth of so many entertainers who are ready to emulate his foot steps. He recently got married to his wife Becky Chynelo Johnicks in September, 2020. 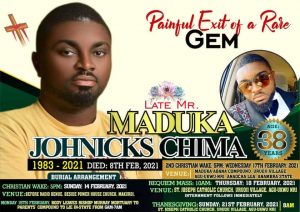 Johnicks wake keep comes up today, 14th of February 2021. Please join us in celebrating the life and contribution to a Legend who sacrificed so much to see Benue entertainment industry grow to this Level.

The song was produced by Tj tunes and Yungzil, Mixed and Mastered by Yung Mela.

The video was directed by Toby Triple A studio production.