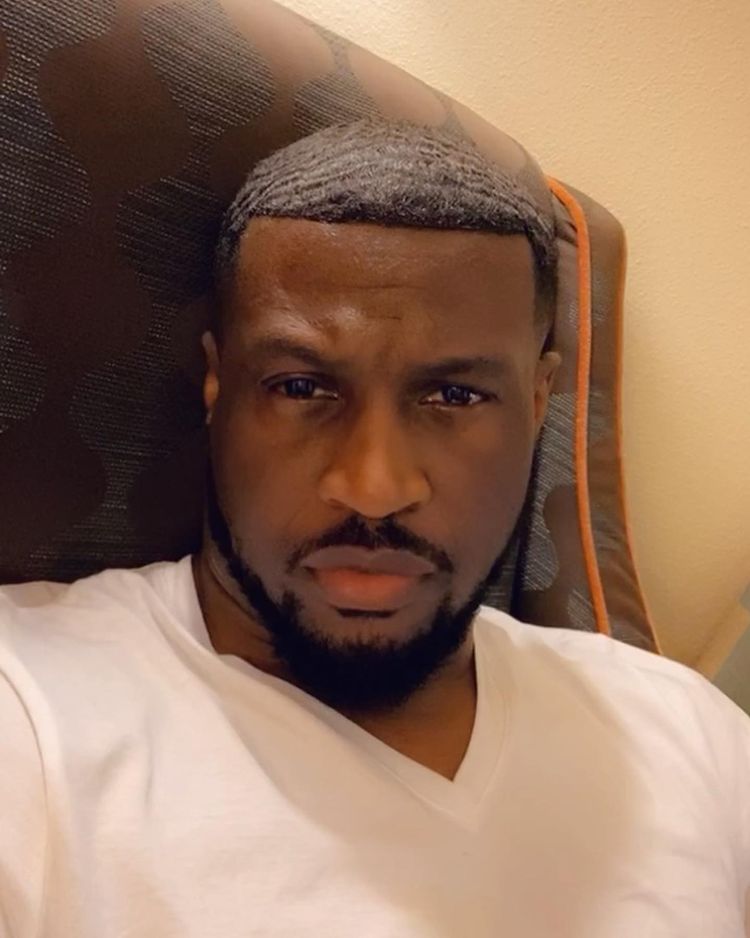 Otherwise known as Peter Psquare, Peter Okoye of the popular Nigerian music duo, Psquare has revealed that as soon as they started supporting Peter Obi, presidential candidate of the Labour Party ahead of the 2023 general elections, they now have a dead career, but in the eyes of their critics.

Peter, in a Facebook post titled “We used to be,” made the revelation while enquiring to know what had happened.

He presents the trajectory of his career and that of his brother and colleague, Paul Okoye and noted that their music has gone beyond Nigeria and Africa.

Also, in what seemed like a response to critics, Peter admonished a group he described as “PDAPC touts” to stop crying as they are set to release a new album this summer.

“📌And now Global Artiste who are still Cashing & selling out concerts around the world with our old hits songs!

“But as soon as we started supporting PETER OBI! We now have a dead career.🤣 ah ah! Waitin happen?😂

“This PDAPC touts better Stop crying! Our New album is coming out this summer! That means More tears to to come! Make them calm down! Our music has gone beyond Nigeria and Africa! 📌” 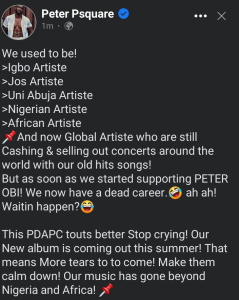 “If them like make them cry blood, Obi all the way, no retreat no surrender, can’t wait to see the new release, One love brothers 💞”

“Even the bible stated it clearly, that Obedient is better than Sacrifice. #Obiddient&useful#ObiDatti#New government#Youthtakeover#Newnigeria. Can i get an Amen.”