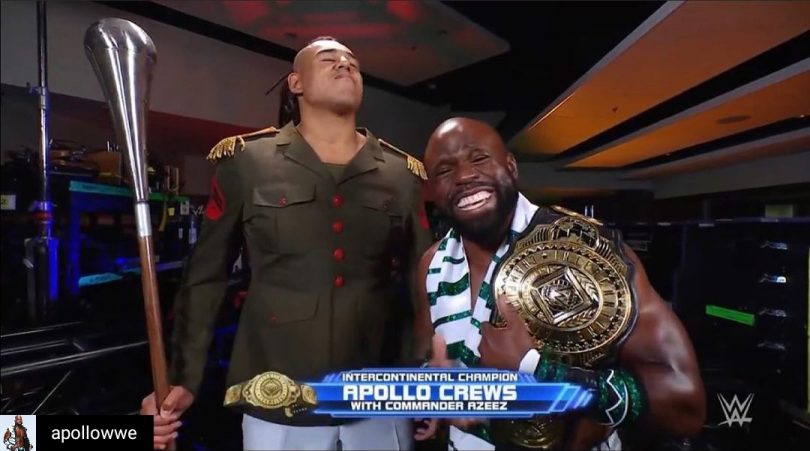 Apollo Crews is a very popular American professional wrestler who currently resides in United States of America. He is a proud Nigerian man and he does not hide to flaunt and praise his ancestors anytime he gets an opportunity. He is the current WWE Intercontinental Champion in his first reign.

Apollo Crews was born on August 22, 1987 in Sacramento, California and was raised in Atlanta, Georgia and he early on fell in love with professional wrestling becoming a fan of performers such as “Stone Cold” Steve Austin, The Rock, and Kurt Angle. He went to a military high school and began practicing various sports, including amateur wrestling, soccer, football, and track and field as both an outlet and a way to “get away from the military life”. While weight training in high school, he was nicknamed “Uhaa Nation” when his coach noted that he was “as strong as a single nation”. 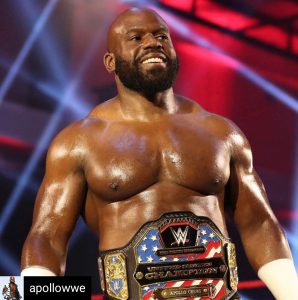 After graduating from college, Sesugh quickly got a job in order to pay for his professional wrestling training. He began training at the age of 21 under Mr. Hughes at his World Wrestling Alliance 4 (WWA4) promotion’s training school in Atlanta. After making his wrestling debut under the ring name Uhaa Nation on August 17, 2009, he spent over a year working mainly for small promotions on the Georgian independent circuit but also made trips to Houston, Texas-based Pro Wrestling Alliance (PWA) and Phenix City, Alabama-based Great Championship Wrestling (GCW) often working with fellow WWA4 trainee AR Fox.