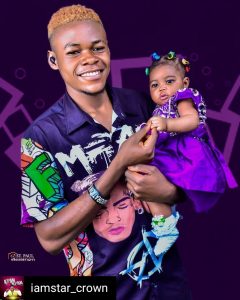 Star Crown becomes a Star as he shuts down Benue State.

Star Crown is a Benue Son from Adi-Etulo. He is based in Abuja trying to make Benue Proud.
The Songwriter, Singer, Recording & Performing Artist “Star Crown” was invited to a wedding reception in Adi-Etulo Buruku, Local government area of Benue State, Nigeria where he performed and shutdown. His Etulo people treated him like a star he was and they showed him massive love. 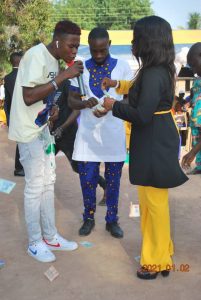 Star Crown promised that he is never going to relent but he will continue to deliver steady Bangers.
The singer recently released the Audio and Video to his smash hit song titled “Kpan Kpan“. The song is trending all over the world, believe me this young man called “Star Crown” is good. 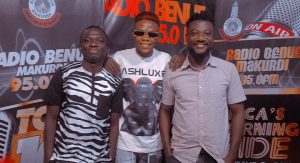 “Star Crown” was also invited to Radio Benue 95.0 FM Makurdi by Mr Henry Ipole for an interview. Appreciating the young man for dropping good vibes.
Benue will be great soon.

Stream his performance video below: