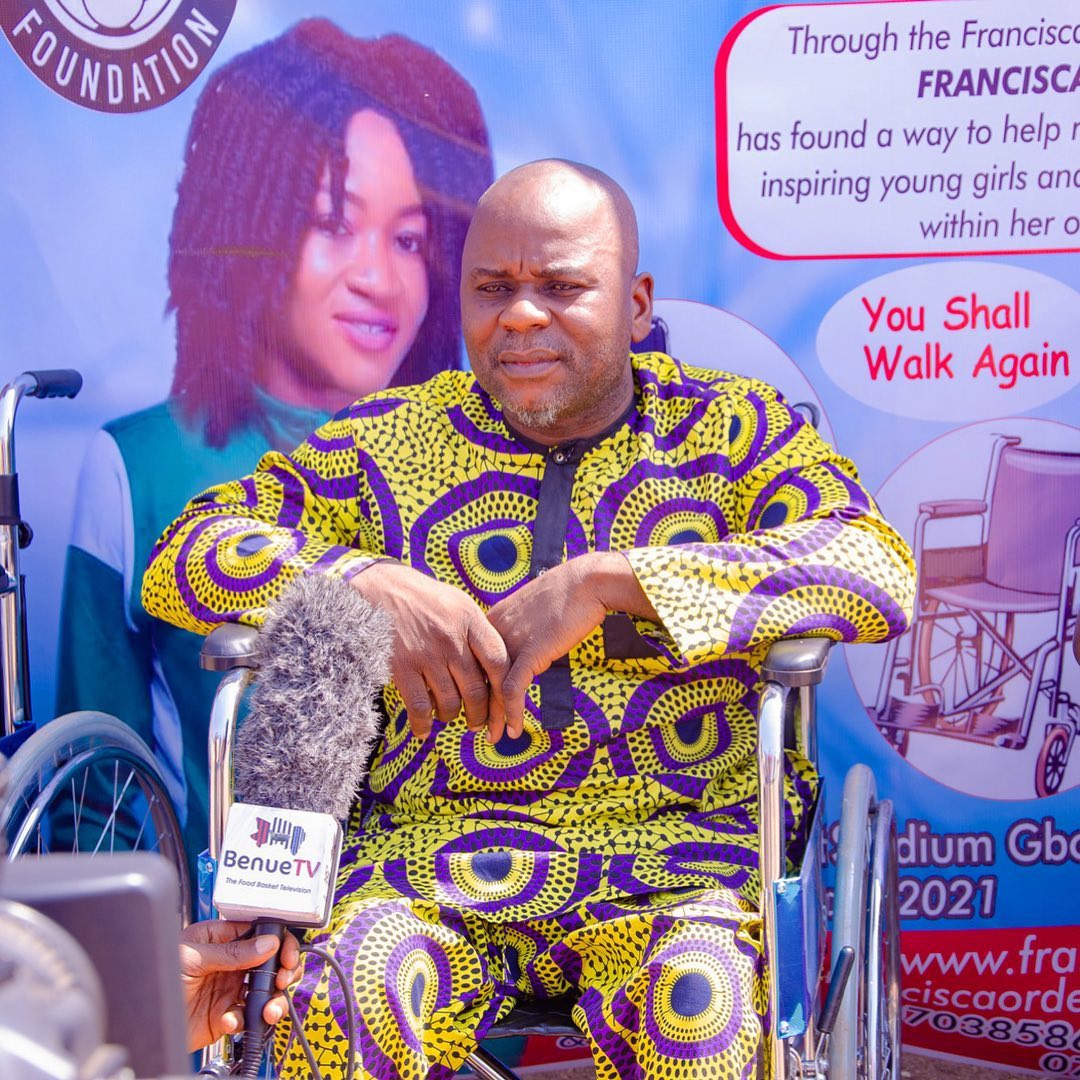 In her own capacity and way of giving back to the society from the One-Tenth of her hard laboured earning, she donated the wheelchairs referring to it as her New Year token since she was not able to be home with them due to series of engagement in the struggle of her career.
Francisca Ordega is the 3rd Best African Female Player as awarded by FIFA in the 2020 season and she plays at Shenghai Shenhua in the Chinese League.
At the scene of the event, she was represented by her darling father, Mr Ordega Ankele who was so delighted for the kind gesture of his daughter to provide for the less privileged especially the likes of Orphans, Internally Displaced Persons (IDP) and people with physical disabilities.
Present at the event was the Queen of Culture, Face of Tiv International (FOTI), Miss Lois Ishughun Mogen and she lauded FRANCISCA ORDEGA for the humanitarian act of giving to the less privileged in the society. She also called on TIV people in diaspora channeling her voice to the Benue Born Footballers to remember home by coming just like FRANCISCA.
The event was peaceful and successful under the coordination of HAAINYA Aondoakula Emmanuel, the Coordinator of FRANCISCA ORDEGA FOUNDATION and personal assistant to the Super Falcons Star.
The beneficiaries include;
1. Kuusugh Mngule-Shashighkiter, Gboko LGA
2. Terfa Terkuma, Katsina-ala LGA
3. Mbaukom Ukeyima, Gboko LGA
4. Ngunan Iorshar, Gboko LGA
5. Ngusugh Rosemary Aernan, Konshisha LGA
6. Emmanuel Kwaghbula, Konshisha LGA
7. James Iorkpen Adaaku, Vandeikya LGA
8. Aondover Amindi, Buruku LGA

Check out more Photos below: