Nsogbu Records Music Artiste ”Popular” Sets To Drop New song In January 2021.
Popular Afro Beat artiste, Christopher Ugochukwu Godstime, better known as Popular (Popularisloud) has revealed that he delved into the Nigeria entertainment industry to make an impact on the youth via the music medium, noting that music has always been a getaway for him while growing up. He was born on February 10th, 1998.
Popularisloud noted that he is in the industry to contribute his own share in terms of the quality of songs coupled with motivational messages that will be worthy of listening. The Delta-born singer and Computer Science graduate of Oghara Polytechnic is currently signed to Nsogbu Records where he released his songs titled ‘New Skool, Energy, Dodorima, Para & Ogini and as he set to drop another amazing banger titled CASH in January 1st 2021, Watch Out For Popularisloud!!!

The music act, who is fondly called as POPULAR, despite being Based in Lagos is also famous among fans for his songwriting skill with some section of the industry regarding him as one who surprises many with how he keeps his fan base on their toes.
With Afrobeats perhaps the rave genre across the globe at the moment, Popular believes that he can continue to expand the frontiers of Afrobeats with his regular releases which have received positive reception across the continent.
The singer’s music journey, according to him, started at a very tender age that many venture into music because of the apparent attendant flamboyant lifestyle, Popularisloud says it was passion, not pecuniary incentives that drew him to music. Charts and playlists reportedly get dominated whenever Popular drops an Ep and observers have remarked that consistency has defined the singer’s career.
The Nsogbu Records artiste ” Popular” has shared the stage with renowned acts such as Davido, Erigga, Fireboy DML, Ycee, DJ Neptune and DJ Humility.
While many of his colleagues dream of getting such recognition, Popular says that it’s just one of a long line of feats he intends to achieve in the industry as he restates his ambition to take Afro-pop to the global stage. 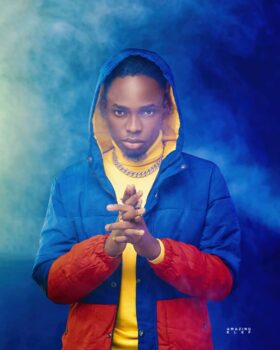