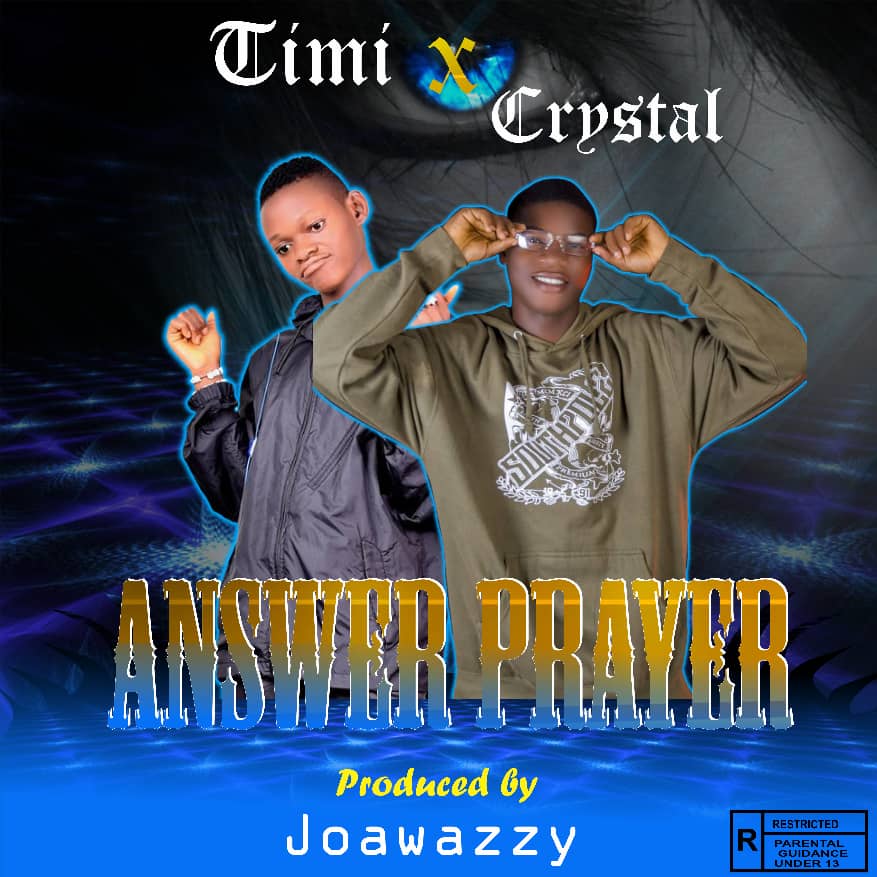 Timi and Crystal teams up together on this brand new hit song titled “Answer Prayer” to thrill their  ever growing fan base.

Timileyen Alabi popularly known as *TIMI* is an upcoming musical artist who has a  very strong passion for music and he has found every possible way to take his musical career to the next level.

He has however released many songs but to him “ANSWER PRAYER” is a unique song among his records.

According to him, the motivation came as a result of him praying to GOD for assistance and success through his dealings and with that he decided to record the song with his talented colleague in the music industry *CRYSTAL* and indeed the song is a hit.

The young star wishes for more assistance and back up from his listeners and to his bosses at the music industry.