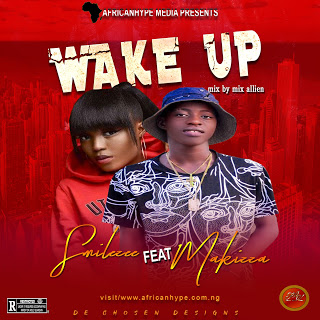 Smilezee shakes the internet yet again with this brand new song titled “Wake Up” Featuting Makizza.

Africanhype Media front man Smilezee lands in with another New Single, titled “Wake Up” off (OuterLove EP), which features Benue Female recording act Makizza as a follow up to his recent release Unstoppable. The talented singer was quiet in the game for a bit after his 2018 debut single Starboy Wizkid “Fever” Cover after coming up with his own Version “Smilezee they For You. However, last month he released his first single for 2020 titled #Unstoppable which got an outstanding hook from Martins Feelz as it hit 1k streams on Audiomack. Today he is back with his second song for the year which should be an instant hit.

Mixed and Mastered by Mix Allien.