Star Crown who is not relenting anytime soon is back again with this hit song titled “Kpan Kpan“.

Fast rising star, “STAR CROWN” The “GOD NO GO SHAME US” & “ZOMBIE” crooner is currently taking over the music industry with sick tunes, well known for His diversity in different genres of music such as hip-hop, R&B, reggae, afro pop & rap comes up with a fresh tune accompanied with a video which he titled “KPAN KPAN“.

This sick tune was produced by nobody else but the beat Monster, BrytEmy On Da Beat and the video was directed by S (Smart).

Like Loading...
About Bonez 1777 Articles
Ephraim Kuhe is a blogger,hypeman and a promoter.Call my number or send me a whatsapp message for more information on +2348163828930 or you can email me at Kuheaondohemba@gmail.com 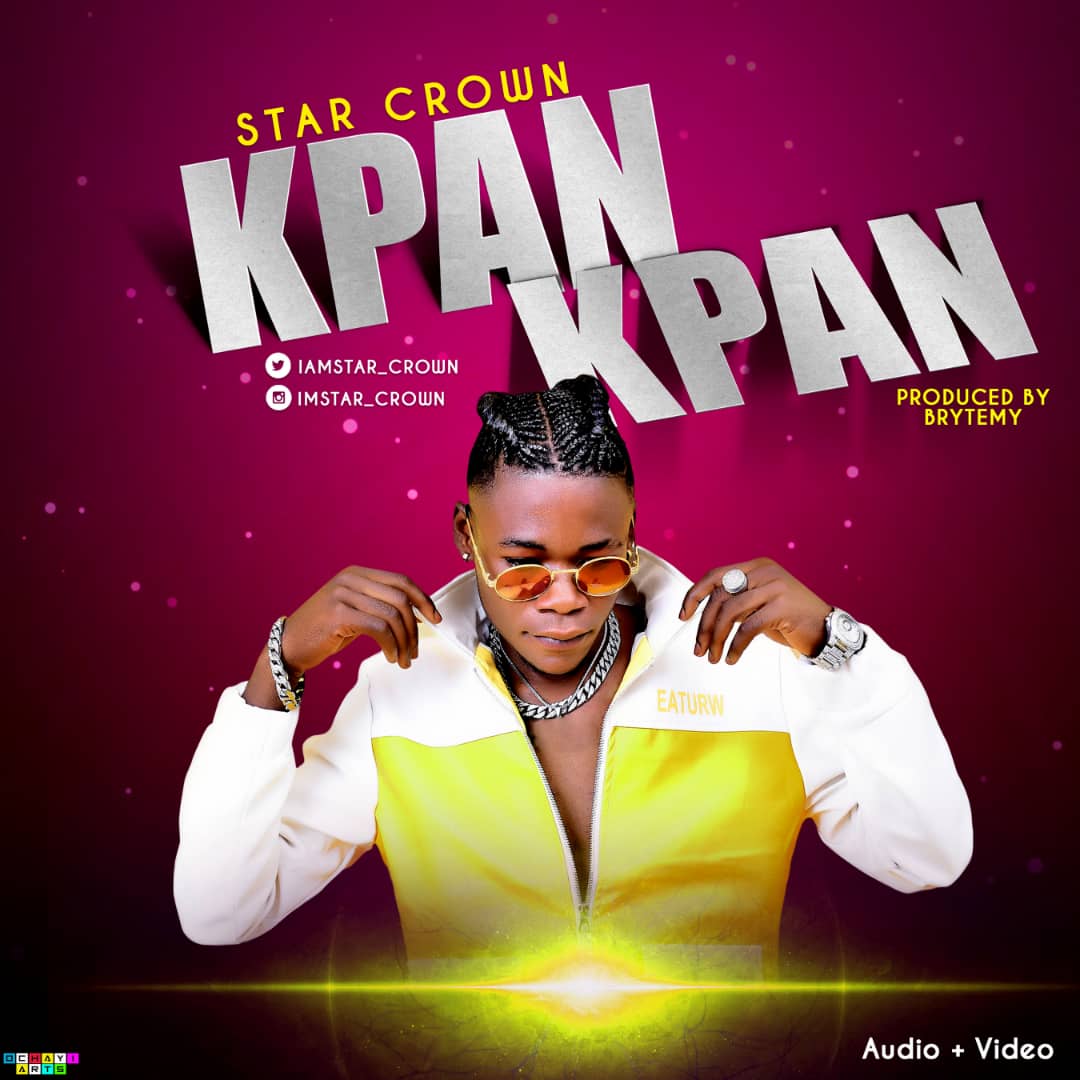