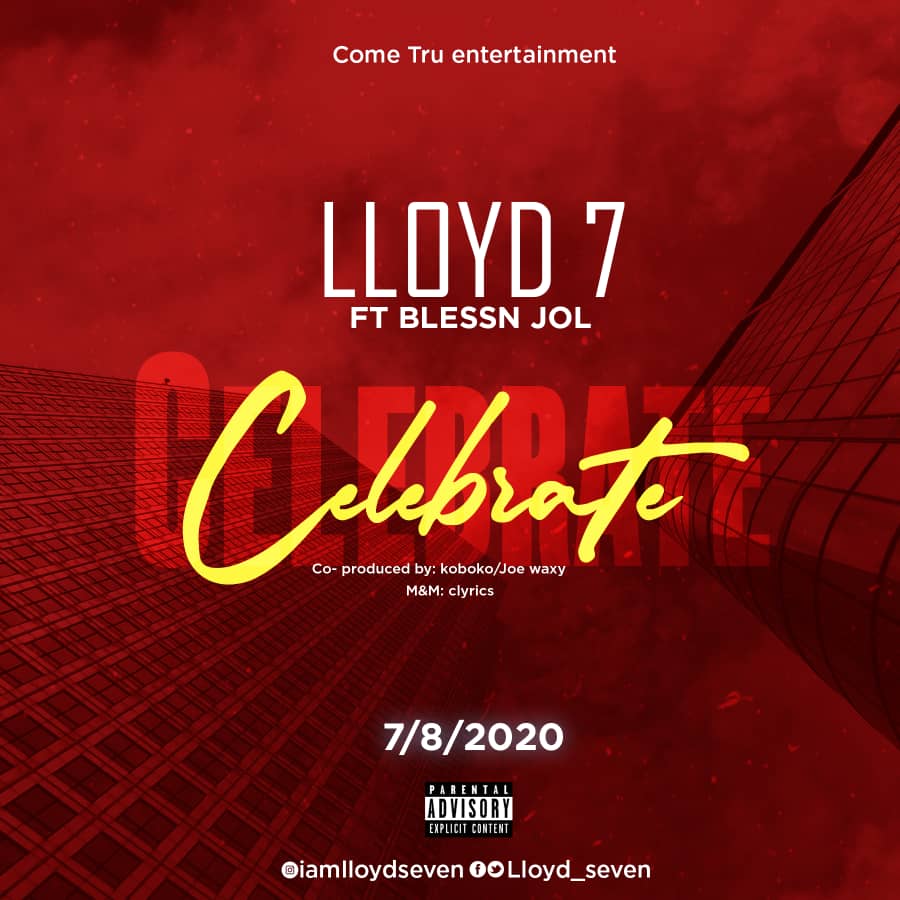 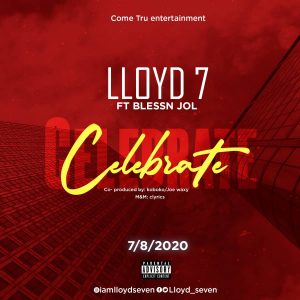 Lloyd 7 who has been making waves on a regular did not disappoint as he released this hot song titled “Celebrate” featuring Blessn Jol.

Attah Gabriel Onoja who goes by the stage name Lloyd 7 hails from Benue state, Nigeria. He is a graduate of Maths/computer science Education from Federal University of Agriculture, Makurdi. His love for music started at an early age back then in high school where he started by miming songs to becoming a song writer and singer/rapper. He has performed on so many stages along side the likes of Faze and M.I Abaga. His major genre is ‘Afro pop’. The young lad has gotten international recognition from various international organizations worth of mention such as Virginia, U.S.A rapper ‘Norcotic’. 2020 seems to be very rossy year for the talented artist as he caught the attention of same Virginia philanthropist, Mr Oludare Ogunde.

Lloyd 7 after kicking off his ‘jele challenge’ returns with Celebrate (Faaji) featuring one of Abuja’s finest vocalist ‘Blessn Jol’.

The song was Produced by Joe Waxy and Koboko, Mixed by Clyrics.