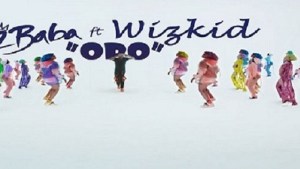 Here’s this beautiful video performance from the Nigerian music singer, 2Baba alongside Starboy, Wizkid to their record titled ‘Opo“.

The massive “Warrior” album houses 13-tracks with the appearance of Wizkid, Burna Boy, Olamide, Tiwa Savage and others.