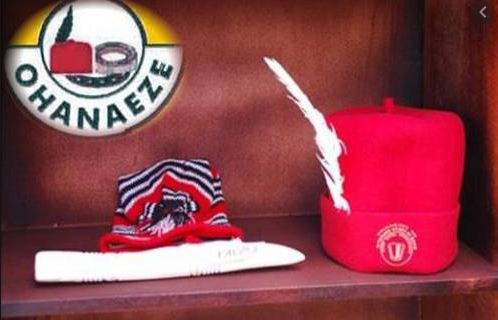 The latest, came after the former chairman had accused the President, Chief Solomon Ogbonna of ascending the pinnacle height of the famous social cultural organisation from the south east region with a fake academic certificate.

The excerpt of the communique reads in part;
“It is most unfortunate that we have been confronted recently with the publications of mischief makers and enemies of progress concerning the academic certificate of the president of Ohanaeze Ndigbo Lagos state chief Solomon Ogbonna (Aguene)”.

“Ordinarily, we would have overlooked the publication because the points raised by the mischief makers were inconsequential, baseless and illogical. More so, their allegations were sentimentalized; not founded on proof and or evidence of facts.

However, we decided to react because it is always good to set the records straight for purpose of history and also to let the general public know the simple truth about (1) the Certificate allegation and (2) who actually the principal mischief maker is in Ohanaeze Ndigbo Lagos State”.

Which is why he never presented or tendered any certificate to any group because certificate is not needed to run the organization. What is required is speaking Igbo language Fluently, common wisdom, Intelligence, human relations and above all ALTRUISM. As you can confirm, the Man of the moment chief Solomon Ogbonna has given Ndigbo a very huge voice in Lagos state today. His personal touch to the lives of Ndigbo in Lagos state is second to none”.

Although the communique stated that it is unnecessary to join issues bordering on blackmail and distraction by those it described as “set of disgruntle persons”.

According to the excerpts from the communique, the reasons John Uche was then excommunicated were linked to extortion, indiscriminate installation of kingship (Eze) in Lagos State, embezzlement of Ohanaez.