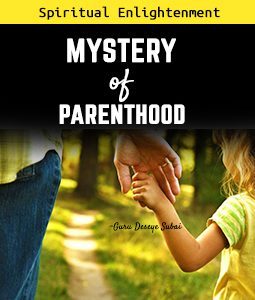 Most parents will agree with me, children exhibit most of the following characteristics:

All the aforementioned characteristics exhibited by children clearly shows that most children sent into this world are the embodiment of negativities and imperfections. It is the sacred responsibility of parents to strive to get rid of their inherent imperfections and make them perfect. A difficult task, you might say? Yes, it is. I want you to bear the following important points in mind, pertaining to the nature of the souls occupying the physical bodies of children.

1. In the spirit world, souls belong to different categories. They are not equal to one another either in morality, intelligence, knowledge and power etc.

2: Majority of the souls belonging to the lower categories in the spirit world are the ones incarnating or reincarnating in the bodies of children.

3: Souls belonging to the lower categories are the embodiment of imperfections. In order for them to attain perfection, they must subject themselves several times to earthly trials.

4. The moment they attain absolute perfection through earthly trials, reincarnation ends for them, and in the spirit world, they will find themselves dwelling in the midst of superior spirits. I presume you have realized most of the terrible characteristics exhibited by children emanate from the imperfect souls occupying their human bodies.

Souls are not randomly sent from the spirit world to pregnant sister women. If it were to be so, there would have been nothing like the reincarnation of an ancestor in the family.  There would have been nothing like one of my sons is exhibiting some of the exact characteristics of his late grandfather. Reincarnation in the same family is very common, and that is a crystal-clear confirmation, souls are not randomly sent into families. Of a truth I tell you, before a sister woman creates a fetus, the law of karma will attract to her a soul who in a previous earthly existence, has been associated either pleasantly or unpleasantly with the sister woman, or with the brother man who will be the father of her child. Of a truth I tell you, sometimes, the soul that is about to re-incarnate hang around the sister woman for weeks, or months before the formation of pregnancy. The incoming soul will continue to monitor the sister woman waiting for the moment when sexual intercourse will occur and favorable condition for the formation of the physical body it will reside. The moment the conditions are right, the soul will project a magnetic thread into the ovum of the sister woman. The magnetic thread will cling to the life-germ a brother man deposited in the sister woman. The magnetic thread attached to the embryo is very fragile and easily broken, but the soul’s intense desire for earthly existence will strengthen the magnetic thread. Also, further protection will be provided by the law of karma which attracted the soul to that particular family.

We rejoice, whenever a sister woman successfully delivers a baby, It’s not easy. Quite a number of sister women died during delivery. It appears the sister woman who just delivered is happy because she is now free from irritation, discomfort, and health problems encountered at various stages of her pregnancy. That is understandable! However, if she is happy because she thinks and believes that she has given birth to a brand new soul, I urge her to think again. Pregnant sister women rarely give birth to brand new souls. They often give birth to their missing half, their late father or mother, their late grandfather or grandmother, their late great grandfather or great grandmother, their brother or sister, or recently dead baby in the family. They equally give birth to their sworn enemies: souls having unfinished business with them etc. Of a truth I tell you, families are awash with stories such as my son displays incredible characteristics of my late grandmother, or she is displaying attributes of an elderly person. Obviously, the young girl is the reincarnation of an ancestor. I have met a mother who told me as she was approaching her late grandmother’s house in the village, her six-year-old daughter told her, Mummy, I have lived here before. I think I should further define the zigzag, forward and backward movement of the law of karma within a family. This is husband, wife and a child, the wife was karmically connected to her husband. That was why karma brought them together as husband and wife for a reason. The child was drawn into this family because of its past relationship with the husband who is now the father of the child. Now, let’s assume a prophet told the husband, the baby your wife is carrying will cause you so much pain, and because of this frightening revelation, they decide to abort the fetus. The law of karma will continue to bring back the soul of the aborted baby again and again until the husband having a karmic bond with the baby pays the debt he owes to it. I want you to bear in mind, karma is not all about revenge and payback. Certain souls reincarnate in a certain family because of the pleasant relationship formed in a past life with some members of that particular family. The birth of such a soul will bring joy, financial breakthrough, and upliftment to that family. Some parents have noticed their pathetic situation changed for the better after they gave birth to this particular baby.

MOTHER’S MISSING HALF COMING AS HER BABY

The soul is the embodiment of male and female. It usually split into two separate parts when coming to planet earth to exist as a human being. A sister woman could give birth to a baby boy who in reality is the male part of her missing half. The sister woman will be uplifted and filled with happiness during the entire period of pregnancy. In the night, she will dream of the unborn baby, and in the morning she will plan beautiful things for the baby. The pregnant sister woman will be surrounded by the aura of the unborn baby she loves better than any other person on planet earth. Unknown to her, the baby boy in her womb is her soulmate. There are many strange things, almost too strange for one to believe, but because one is ignorant about them does not mean they are not real. Pertaining souls coming, going back, and coming again in revelation, it is written, souls shall go no more out when they overcome. I will show you… Revelation 3:12… he who overcomes, I will make him a pillar in the temple of my God, and he shall go out no more. Quite revealing, very educational, when a soul gets rid of inherent imperfections, and materialistic tendencies through spiritual discipline, the soul becomes a pillar of immortality in the temple of God. That is the end of reincarnation for such an overcomer. In addition, it is indeed a divine privilege to become the father and mother of a child. Parents who carelessly and recklessly assume the responsibility of child training, parents who shrink away from their responsibilities, parents who allow viciously inclined persons to care for their children will not evade spiritual penalty.